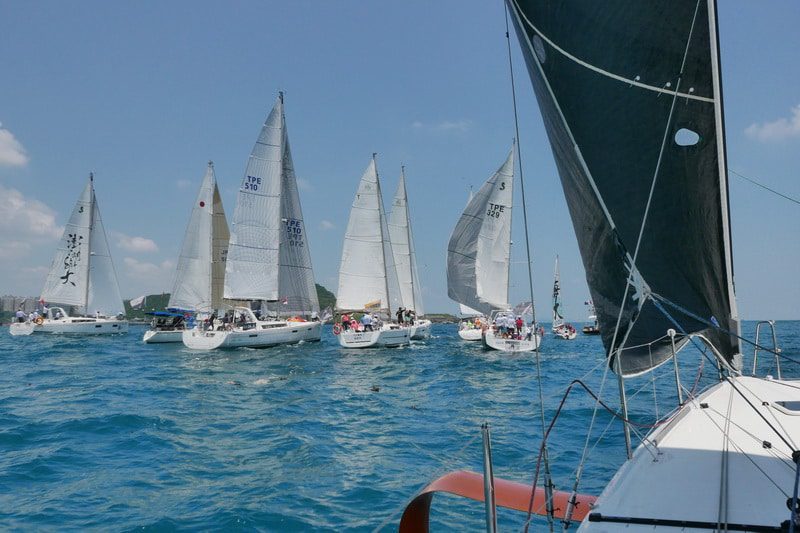 The 2019 edition of the Taiwan Ryukyu Regatta was an exciting event that welcomed an impressive 29 yachts with teams from Japan, Taiwan and Hong Kong. Now in its nineteenth year, the regatta is Asia’s largest cross-nation regatta and traditionally attracts a wide range of yachts and competitors.

This year seven of the 29 competitors were Beneteau designs and included the world-renowned Figaro Beneteau 3 (FB3), which is represented by Simpson Marine.  Racing began off the shore of Japan where Beneteau teams won a total of four trophies on day one. Teams continued their journey from Ishigaki to Keelung, clinching six more medals and a special participation along the way. By the end of the second day of the regatta Beneteau teams had a total of no less than seven winning trophies.

The last day of racing was by far the most intense and competitive. Despite the tough competition, Beneteau yachts managed to overcome the adversities and bring home another seven trophies, completing the 2019 regatta with a total of 18 trophies. A hugely impressive achievement – congratulations to all involved!

With such impressive results, we are already geared up and excited for next year’s regatta. Contact us at beneteau@simpsonmarine.com to enquire about your own Beneteau yacht.

Beneteau Regatta
Share This
Previous
Back to all news
Next