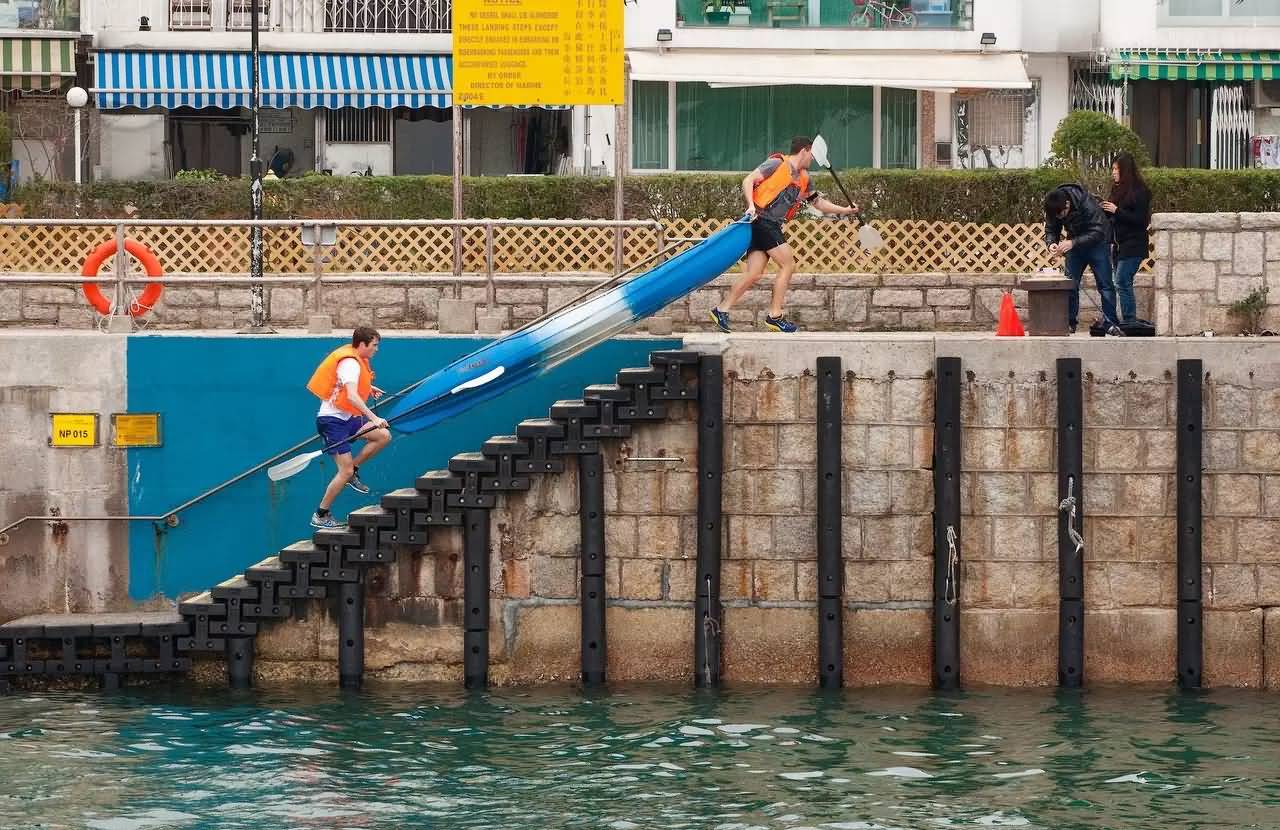 The 32nd running of the Hong Kong Aberdeen Boat Club’s challenging, annual extreme sports race is proudly sponsored for a second year by Simpson Marine. On 27 February The “Simpson Marine” Four Peaks Race will set off from Tai Tam Bay, in the south of Hong Kong Island, on one of the world’s classic yacht races.

It’s a classic with a difference – yachts and their crews sail and paddle and run. In peaks races yachts race from the start to a shore landing place. They put a running team ashore to run to the top of a mountain and back. Then they race on the water to the next peak…and the next…and the next, before the final sailing race to the finish.

The Hong Kong race began life in 1985, the second of its kind in the world. There are still only four others. Three are in Britain, including the original 1977 Three Peaks Race and one is in Australia. The Hong Kong race is tailor made for hard working, hard playing Hong Kong. The 170 kilometres on the water, 30 kilometres running and 2,350m of climb are completed within 33 hours.

The Beneteau yacht range for which Simpson Marine is the exclusive dealer is an excellent fit for the race. From the first ‘works’ entry Beneteau 345 in 1986 until today, some twenty different Beneteau yachts have competed in twenty-one of the thirty-one races.

In 2015 six Beneteaus, from two First 31.7s to a First 50 made up 15% of the fleet. In the upcoming 2016 race all Beneteaus entered will vie for the newly presented Simpson Marine Beneteau Cup.

Last year’s Simpson Marine campaigners on the Oceanis 45 Wonderwall, Hong Kong brokers David Walder and Eric Chan, found the race “a tough experience – big physical effort” but loved it. That’s typical of almost every comment heard after the race whether it has been cold, wet, windy and rough or a challenging drift in light airs. “Awesome.” “We’re already planning next year.” “Totally addictive.” “The best race in Hong Kong.”

What is it that works the magic? The answers are as many as those who are asked. For the competitors they boil down to the adventure. The hard challenges. The need for meticulous planning…but total flexibility in execution. The race demands a full range of seamanship, and the close camaraderie created by teamwork under pressure.

There’s nothing like a peaks race.  It’s not for everyone. But for those who know it’s a rush.