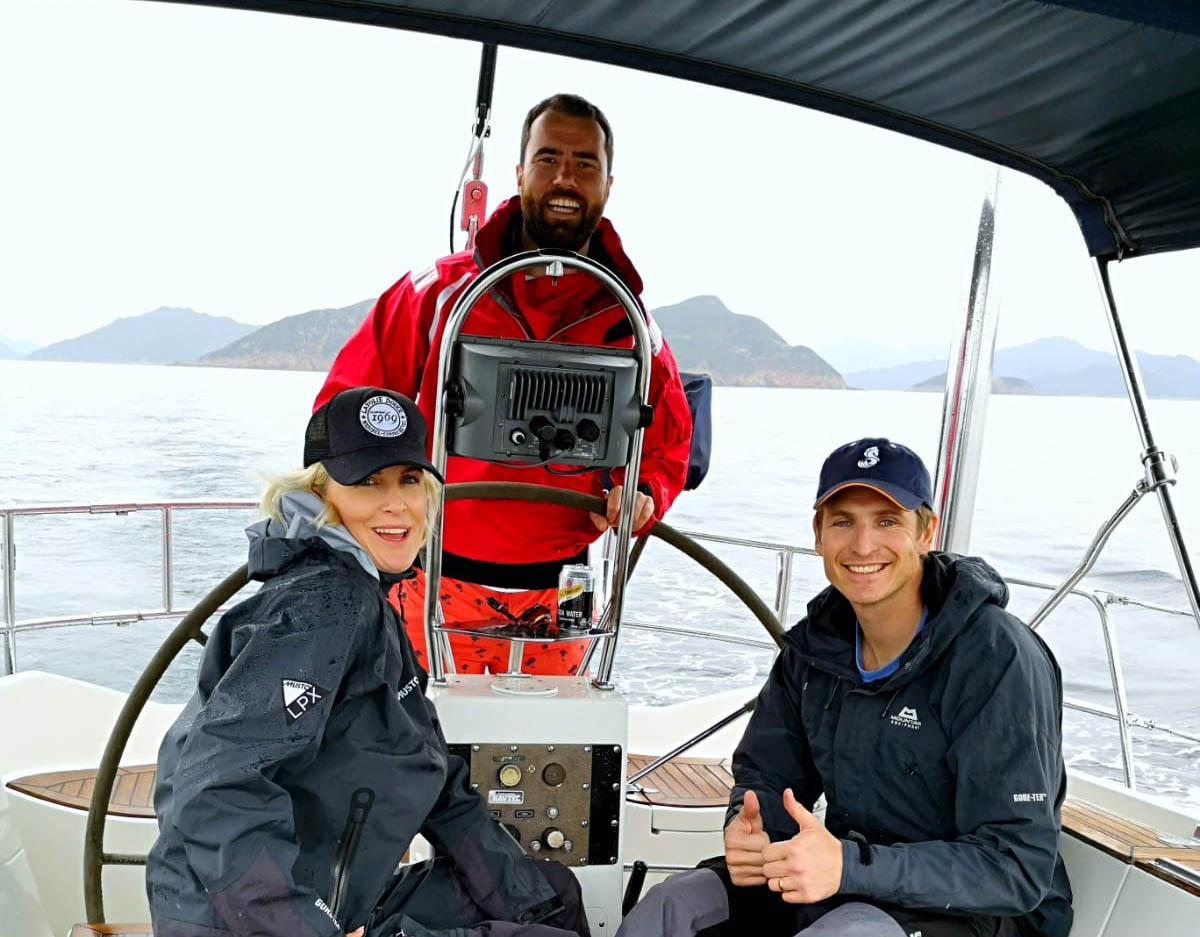 An Unexpectedly Perfect Choice – Olivia and her unplanned Swan

As Shakespeare wrote, ‘the course of true love never did run smooth,’ and this was certainly the case for the purchase of Athena! We bought our yacht, a 53ft 1988-built Swan, renamed Athena, in February 2019 via Simpson Marine, after a little under six months of surprises, negotiations and paperwork.

We were originally looking for a ‘beach ball’ type yacht – a relatively new production boat of around 40-45 feet that would require little maintenance, which we could use to explore further afield than our previous 30ft Yamaha. You might say we were after a reliable Toyota of the water. So how did we end up with the marine equivalent of a vintage Aston Martin; an older 53ft, high maintenance Swan that required some serious TLC?

Sometime before, we had seen this Swan, moored at Hebe Haven, and thought she was beautiful, but not what we were looking for and not exactly in the budget. One afternoon, when driving up to Shelter Cove, either my husband or myself (neither of us is willing to take the blame!) suddenly said “why don’t we stop in and have a look at that Swan?” David Walder, our friendly and ever-helpful broker friend from Simpson Marine, arranged for us to have a quick look that afternoon. She didn’t tick any of the boxes on our shopping list, but she had something that left us both thinking about her. It wasn’t until a few weeks later that we were to fall hard. We popped by to see her again and, as luck would have it, a friend of the owner was taking her out for a quick sail. Would we like to come? In 20 knots of wind and rain, with none of her electrics working properly (including flat batteries) and lots of manual winching required, we each had a turn on the helm, looked at each other and thought, well, if you are going to be a bear, you might as well be a grizzly!

What followed was not the smoothest of transactions – after reaching an agreement with the owner, the survey threw up a few curve balls that required some expensive remedial work and further discussions, and the mooring arrangements also took some time. Simpson Marine were invaluable through every step, helping us through the surveys and negotiations, and even assisted with the subsequent refit. It is not every new boat owner who takes delivery of her new boat, only to deliver her to the boatyard for the next two months for repairs, but now, some six months later, it has all been worth it. Athena has turned out to be everything we had hoped for and, after a summer of getting to know her and continued upgrades of everything from air conditioning to dorades, we are looking forward to exploring further afield, both in Hong Kong and the Philippines…and who knows where next!

Brokerage Owner
Share This
Previous
Back to all news
Next

Why Should You Use a Broker to Buy a Superyacht?

Sell Your Yacht with Us Now with Asia on the Move