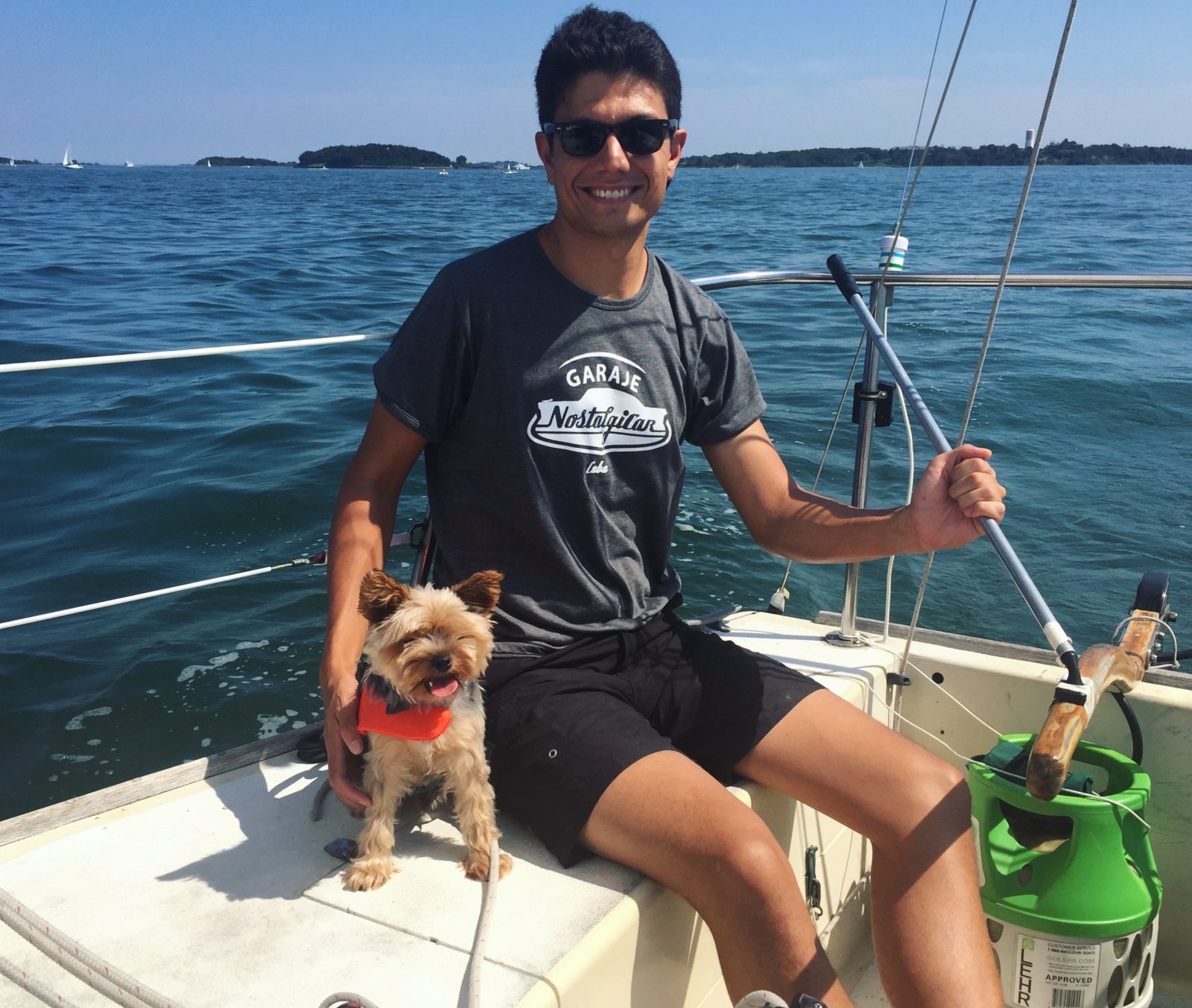 After growing up on the coast of Maine sailing dinghies and small keel boats, both my brother and I graduated from university and worked at non-nautical jobs. After a few years of adult life and working at office jobs in various cities around the world, we both found ourselves back in Boston, the biggest city in New England, the very northeast region of the United States. Living and working within sniffing distance of the salty North Atlantic, both of us were keen to get back on the water and pick up where we left off at the end of our teenage years.

After some digging around on trusty old Google, we found a boat club called Boston Sailing Centre and immediately signed up. Our proficiency exam fell on a rather blustery day and after passing our tests, off we went in a sleek Soling and headed out into Boston Harbor. There’s something about sailing that never fails to transport me back to my childhood and adolescence. Over the next few years, that little sailing club provided some beautiful days on the water. If you’ve ever
flown into Boston’s Logan Airport, you’d notice that Boston Harbour is full of beautiful small islands and bays, all within striking distance of the city’s downtown. I always particularly enjoyed tacking back and forth under the airport’s glidepath, gazing upwards as landing airplanes flew overhead. My family no longer lives in Boston, but I will never forget the sweetly salty smell of those Atlantic Ocean breezes.

Top tip for cruising this area: The whole of coastal New England is stunning. Charter a boat and enjoy the nautical history of Newport, Rhode Island, the beaches of Cape Cod, or the rugged and rocky coast of Maine. Sail north from Casco Bay up to Mt. Desert Island, stopping overnight at any of Maine’s countless coves and islets.

Extra hint: Many of these coves and anchorages have firstcome- first-serve guest moorings. As you make your way up the coast, keep an eye out for brightly-coloured lobster pot buoys, as they are highly skilled at fouling a boat’s propeller, and even at the height of summertime, the water in that part of the world is guaranteed to be frigid.

Sailing boat
Share This
Previous
Back to all news
Next

Sign up for the Hong Kong Four Peaks Race 2018 – All Asia Based sailing boats WELCOME!