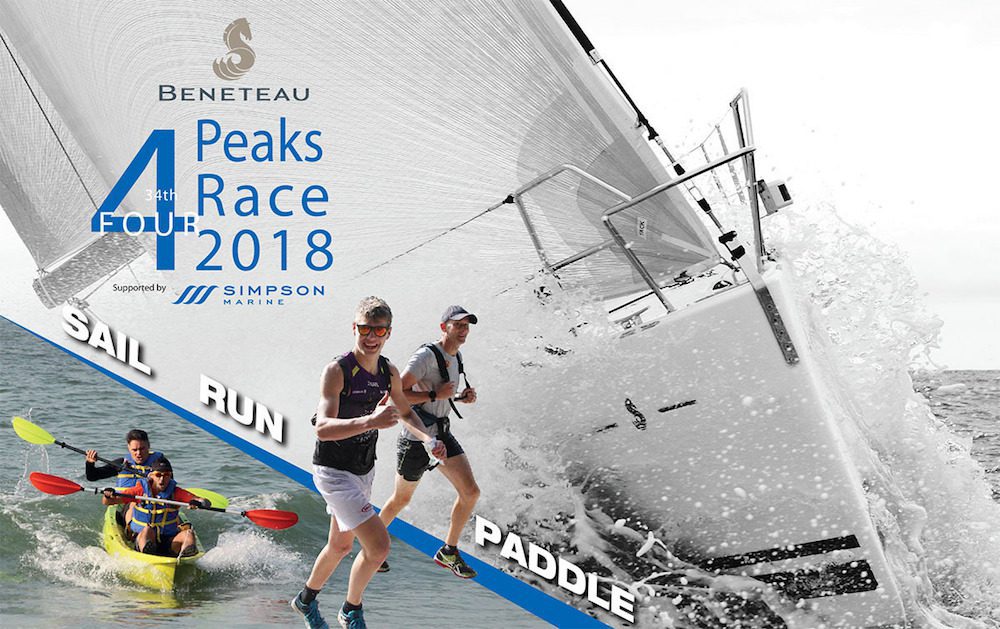 Sign up for the Beneteau Four Peaks Race 2018 – all sail boats wanted!

Asia’s ultimate sailing and peak running challenge – the Beneteau Four Peaks Race supported by Simpson Marine – will take the stage on February 3-4 2018 for its 34th edition. Each year in Hong Kong, this iconic sailing adventure – the only one of its kind in Asia – attracts hundreds of sailors and runners, combining elements of serious sailing, paddling, and mountain running. The 2017 race received 21 boat entries and 172 participants.

The two-day event is considered a demanding multisport race, but is also great fun, requiring close teamwork, high levels of seamanship and endurance, as well as good time-management skills. Each crew, made up of sailors and runners, is required to conquer four landmark peaks throughout Hong Kong: Lantau Peak, Mount Stenhouse Peak, Violet Hill and Ma On Shan. During the day and night, the boats sail to the islands, where the runners are dropped off to race in kayaks to the beaches and master the peaks for each round. The teams race 170 km over water, 30 km on land and endure 2,350m of climbing.

This classic race is organised by the well established Aberdeen Boat Club in Hong Kong, with Beneteau as its title-sponsor since the last edition. Yearly support comes from Simpson Marine, Beneteau’s regional partner, also fielding one of the racing teams.

Given the low temperature of the water in February, and the rugged terrain on the trails, the Beneteau Four Peaks Race is both physically and tactically challenging. Nevertheless, competitors come back each year for the excitement and camaraderie. If you are a Beneteau boat owner, a sailor, or a runner, please consider signing up for the 2018 edition. Simpson Marine can help you find crews and runners, and even facilitate chartering a sail boat if you come from overseas. This year’s race is guaranteed to be a memorable experience! Contact Aberdeen Boat Club now for registration here.