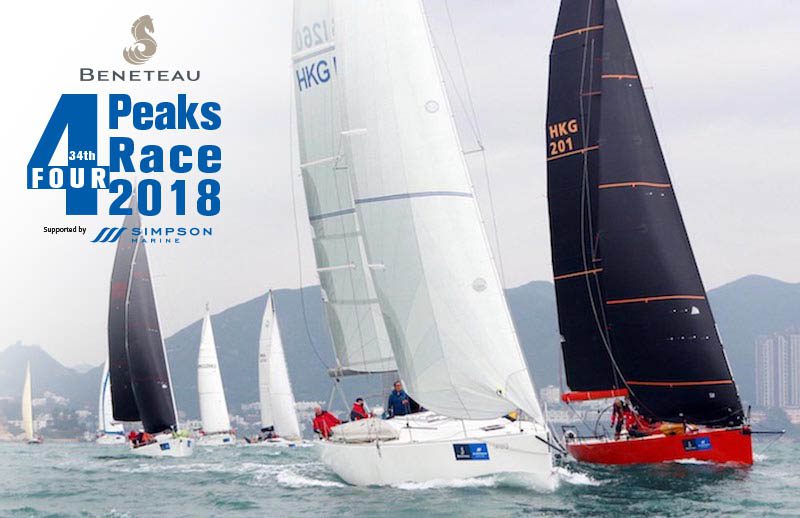 Unique in Asia and running for the past 34 years, the Beneteau Four Peaks Race is a challenge of endurance, skills, smart tactics, and most of all teamwork. Each crew is required to conquer four landmark peaks of Hong Kong. Over the course of the day and night, the boats sail to the islands, where the runners are dropped off to race in kayaks on the beaches and master the peaks for each round. Completing the race itself is a great achievement for each crew. This longstanding contest is at the heart of Hong Kong’s yachting culture, and has gained a strong fan base in Asia. This year, three Beneteau models crossed the starting line – a Sense 46, a Sense 50, and a First 50.

The Four Peaks race demands significant effort from all the participants, volunteers, and organizers. It requires solid seamanship and tactics from the competitors as well as race stewarding and safety provisions from the organizers. It has been run by the well-known Aberdeen Boat Club for 34 years in a row, since 1985. As a strong supporter of sailing events in the region, Beneteau appreciates the uniqueness and tenacity of the race. Since the 2017 edition, it has been a title sponsor as well as a participant. Generous support comes from Simpson Marine, Beneteau’s main partner in Asia.

A prize-giving party was held at the Aberdeen Boat Club on February 9th for competitors, friends, families, and partners to celebrate their hard-won sporting victory. Simpson Marine’s David Walder presented awards on behalf of Simpson Marine, and at the same time celebrated as one of the crew aboard the Sense 50 SEA MONKEY, placing 2nd in their category!

Sign up now for the next edition, which promises to be an unforgettable experience. For more details of the 2018 Beneteau Four Peaks Race, please click here to watch the video. (provided by China Daily)