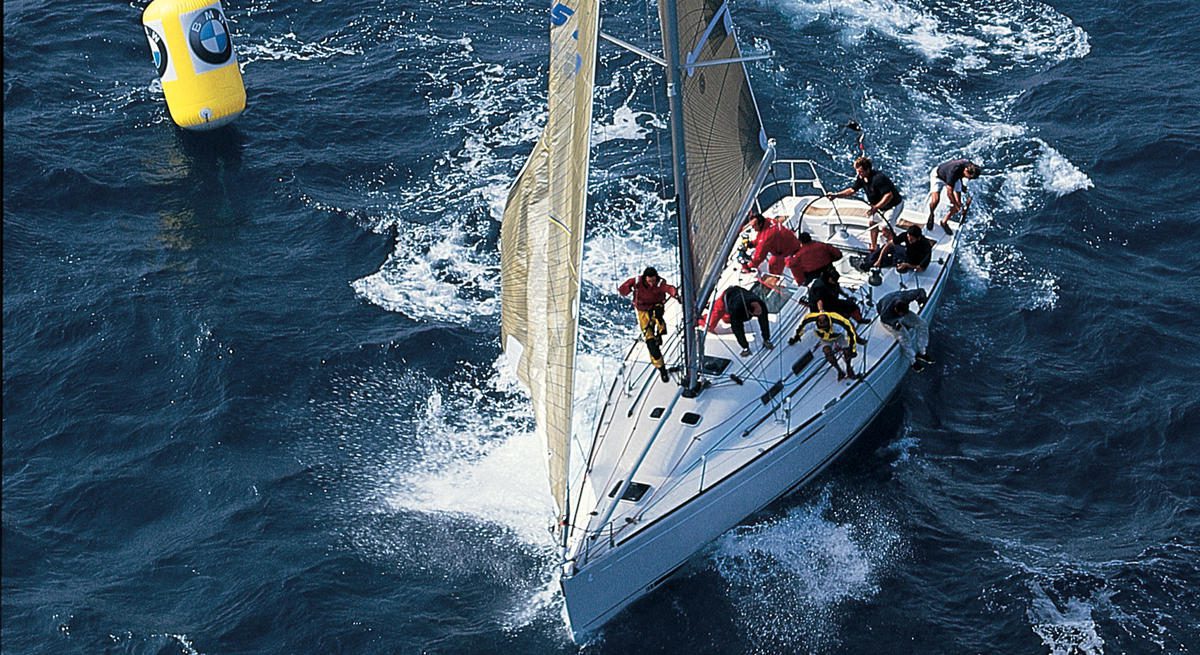 Beneteau: The epic legend of FIRST. 40 years on

Over the years Beneteau has written the finest chapters in the history of sailing and has given generations of keen racers a chance to sail on Francois Chalain’s brainchild: the First range of sailboats. Since the Beneteau First range launched in 1977, there has been an incredible total of 24,000 Firsts built, consisting of 70 different models and uncountable victories in leading international regattas. Avant-garde design, high-performance, exclusive trims… the identity of the First is here to stay.

The First 30 that was originally launched in 1977 was an instant success with 1,000 boats built and excellent racing results. This continued success was passed on to the First 42 in 1981, designed by German Frers, followed by the First 35S5 with an interior by Philippe Stark, the First 45F5 by Bruce Farr, and the First 456 sailed by the iconic Sir Peter Blake. Moving onto the 1990s, Firsts then followed onto the famous “.7” with 40.7 and 36.7 that makes a clean sweep of the Sydney Hobart and other IMS world championships.

Beneteau owes its success to the fast, easy to handle, top-performing First sailing yacht range, which quickly became mainstream around the world. The First 50 by Philippe Briand, launched in 2006, is a fine example of this, with this design an affordable, fast, luxurious yacht with cutting-edge technology.

The new generation First 14, 18, 24 and 27 are a distillation of sensations and simplicity designed by Sam Manuard, moving into the 7th generation with all the usual First hallmarks. The First range has grown to meet the expectations of the most demanding sailors, and the First 53 will make its debut later this year. The First 53 is set to be a fast-luxurious boat, successfully combining the talents of two well-known designers – Roberto Biscontini and Lorenzo Argento.

Talk to us at beneteau@simpsonmarine.com about owning your First and to learn more about why the First line is so special.