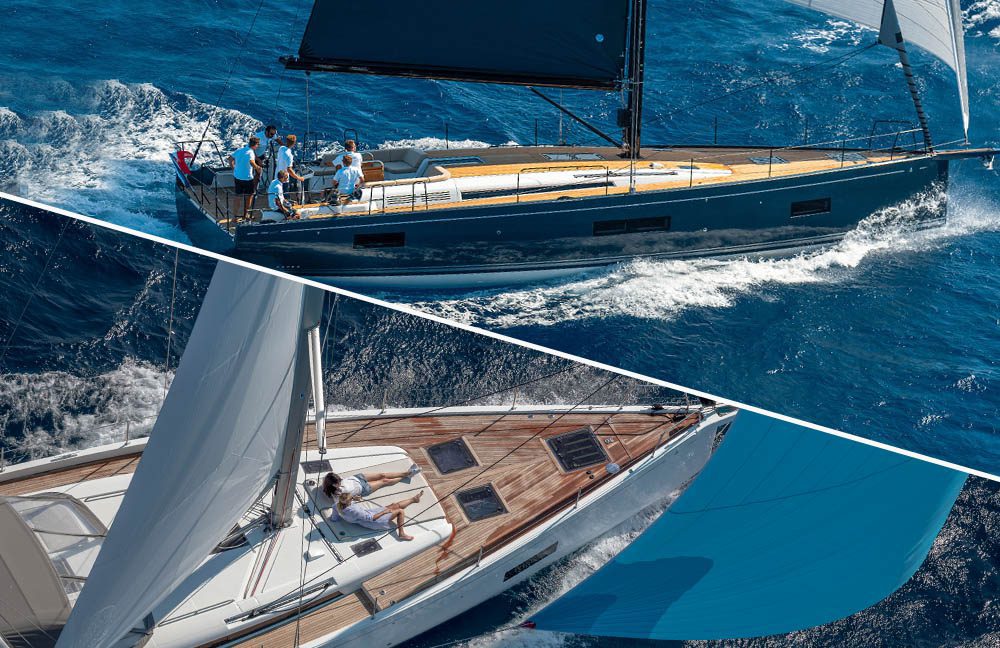 A rare treat for big sailing yacht enthusiasts is coming: two new sailing yachts from Beneteau’s Avant-Garde portfolio – Beneteau’s new cruiser-racer First Yacht 53 and its even more luxurious cruiser version Oceanis Yacht 54 – are expected to arrive in Hong Kong in early June. Both will be available for private viewings and dedicated sea trials for pre-registered customers.

In order to strengthen its offering for large luxury monohull cruisers – which currently includes the sporty First Yacht 53 and flagship Océanis Yacht 62 –Beneteau has taken the hull of its “Luxury Performance” First 53 and repackaged it to create the luxurious family-friendly cruiser Oceanis Yacht 54.

The design work on the Oceanis Yacht 54 was entrusted to the duo of Roberto Biscontini (naval architecture) and Lorenzo Argento (interior and exterior designer), whose brief was to create a comfortable yacht, with luxury finishes, that offers great fluidity in movements on board and manoeuvres under sail.

The choice to base the design on the 17m hull of the First Yacht 53 was well thought out, as this model has become widely appreciated for its many qualities, its volume and its sleek looks. This decision was a response to requests from yachtsmen who wanted more volume on board and more functionality, particularly in terms of deck layout.

The deck layout of the Océanis Yacht 54 is a game changer, with easy traffic flow never before seen on this type of yacht. It offers a wide and comfortable passage behind the two steering wheels, which has two major advantages: easy and comfortable outside circulation and a feeling of maximum safety when sailing! What’s more, the cockpit of the Oceanis Yacht 54 represents more than a third of the total yacht’s deck area.

The Océanis Yacht 54 has been designed to offer great ease of navigation with manoeuvres grouped together at the rear of the cockpit, which is immediately accessible from the two steering wheels, and by integrating technologies that facilitate navigation with a reduced crew.

This new luxury yacht from Beneteau features Easy Sailing, with Ship Control (control of all the boat’s functions from a screen or tablet), Dock & Go (easy port manoeuvres with a joystick) and Harken’s AST (Assisted Sail Trim), for automatic sail trimming according to the apparent wind and jib when tacking. This makes her hugely enjoyable and easy to operate.

The Beneteau First Yacht 53 has consistently impressed owners with the quality of its finish. Its polished, molded woods pleasantly contrast with the lacquered white bulkheads, creating a bright feeling that is also undeniably warm

The Oceanis Yacht 54 largely maintains this new standard, with a modern and warm atmosphere that characterises Lorenzo Argento’s creations.

If you would like to view and compare these yachts upon their arrival in Hong Kong and decide which version is right for you, please do not hesitate to contact us at beneteau@simpsonmarine.com to arrange your private inspection.