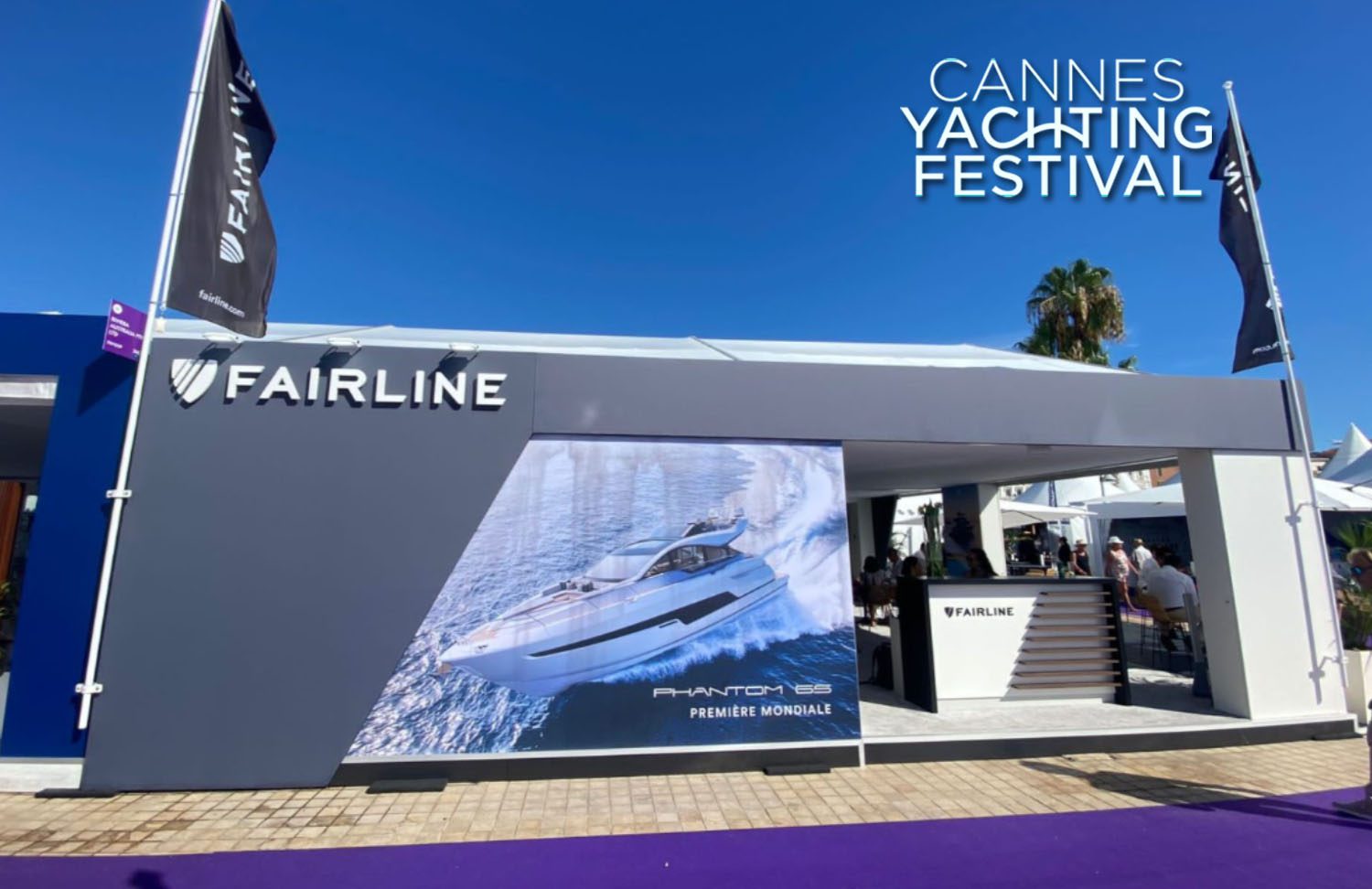 At the Cannes Yachting Festival 2022, Fairline held the world premieres of the Phantom 65 and the Squadron 68. These were exhibited alongside the popular F//Line 33, Targa 45 Open and Targa 50 GT. The UK yacht builder also held a press conference that presented a stable and positive outlook for the well-known global brand.

Paul Grys, CEO, reported that the company has a strong forward order book valued at £125m, and the shipyard is on schedule to deliver 60% more boats than were produced last year. In the year to date, Fairline has produced the same quantity of boats than it did in all of 2021.

Fairline has also consolidated its previous three build sites into one, with two of them being sold off. In a significant move, Grys explained that the company has acquired a new site in Corby, fairly close to the shipyard, which the Fairline design team has moved to. This has opened up space at the shipyard so that a new build line can be added.

Fairline’s private equity owner, Hanover, is investing £6m through 2022 and 2023 as part of Phase 1 of the company’s production plan, which will see an expansion of its manufacturing footprint and key facilities. This first phase runs through to 2024 with Phase 2 covering the period up to 2027. Grys remarked that Phase 2 is currently being finalized and that there may be some overlap with Phase 1. New products planned under Phase 1 of the production plan include the Targa 40 and Squadron 58 models.

The workforce at Fairline now numbers some 400 and Grys made specific mention of 15 new apprentices starting work at the yard recently. This is a new programme, although the company has had apprentices in the past. Also, taking into account the high inflation levels in the UK, he made it known that two wage increases have been made over the past 12 months.

In terms of sales, Fairline sold 60% of its output to the UK and Europe over the past 12 months, 20% to North America and 20% to Asia Pacific.

Simpson Marine has secured quick delivery yachts for most Fairline models in 2022/2023.

Contact us today to secure your own order in time for your next great cruising adventure around Asia.

For enquiries about Fairline yachts in Asia, please contact fairline@simpsonmarine.com.

Fairline
Share This
Previous
Back to all news
Next