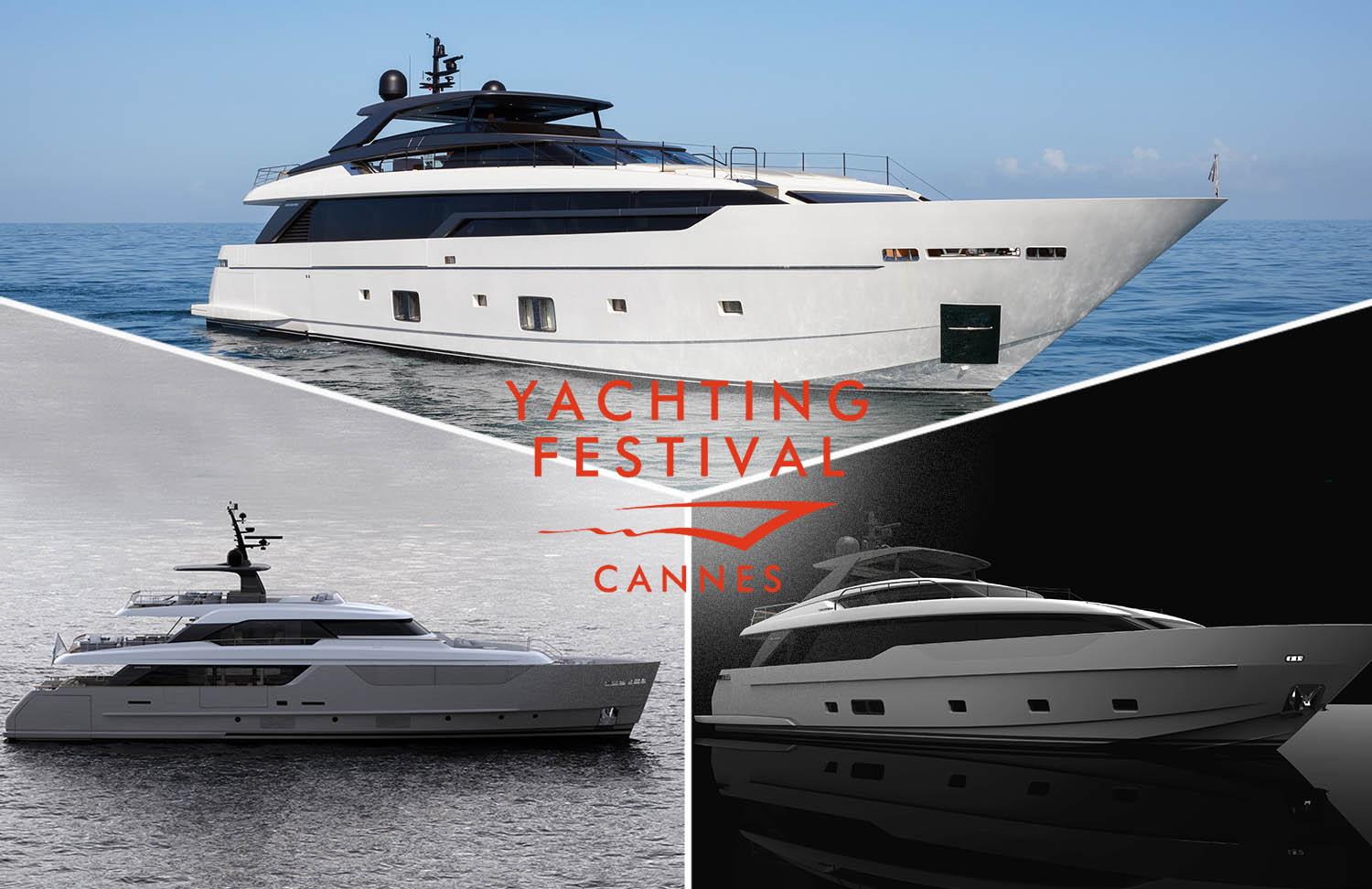 Sanlorenzo Announces New SL90 Asymmetric for Cannes Plus Other Premieres

Sanlorenzo has confirmed four world premieres as part of its fleet of stunning yachts at the upcoming Cannes Yachting Festival from 7-12 September. Premieres on display will include the Sanlorenzo SL90A, SL120A and SD118, together with a display of successful models from the SL, SD and SX ranges: SL86, SL96A, SD96, SX76, SX88, and SX112.

The SL90A will debut as a new model in Sanlorenzo’s Asymmetric range. With exterior design by Zuccon International Project, this yacht has a length of 27m and a beam of 6.5m. Equipped with twin MAN V12 – 2000HP engines the SL90A has a maximum speed of 29 knots and a cruising speed of 25 knots. Her interior, like all of the Asymmetric line, has an extended space for socialising and onboard living that is increased by 31 sqm due to its asymmetric design. There is an impressive total of 50 sqm space between the connected cockpit and saloon. The new feature of a raised pilothouse within the main deck increases the impression of spaciousness and allows for even more light flow inside.

The SL120A is the new flagship model of Sanlorenzo’s SL line, with four units already sold even before her official premiere. This 279GT yacht has a top speed of 27 knots with a maximum cruising range of 1,800 nautical miles at 10 knots cruising speed. Visitors in Cannes will be able to witness her inviting 45sqm beach area with a side terrace. The main deck is an impressive 90 sqm space, and a private accessway to the external bow area has been designed to lead into the owner’s cabin for extra privacy. Integrated sun pads in the full beam superstructure can be easily accessed through the connected flybridge and bow area.

The SD118 features a tri-deck layout with RINA Rule compliance. This 290GT yacht has a top speed of 19 knots, and a maximum range of 2,500 nautical miles at 10 knots which is perfect for regional Asian cruising. Her convertible 35sqm beach area with extra-wide sliding doors that have full height glazing is one of the key features of this yacht. The main saloon comes with an optional side door and terrace to increase natural light into the space and give a panoramic view of the marine environment. The owner’s cabin features a 43sqm area with the option of openable windows and a full-height walk-in wardrobe.

Discreet owners will likely appreciate the SD118’s private access to the external bow area through a sliding staircase. She is the latest addition to the SD range and has enjoyed an extremely successful pre-launch with five units already sold. She features very distinctive interior designs including collaborations with Bismut & Bismut Architectes, Studio Liaigre, Patricia Urquiola, and Zuccon International Project.

In addition, Bluegame by Sanlorenzo is set to display its BG42, BG72 (making its world premiere), BGX60, and BGX70 models at the event.

Simpson Marine’s dedicated team will be in attendance at the Cannes Yachting Festival. Contact us at [email protected] for a VIP exclusive invitation to the event.

Cannes Yachting Festival 2021 – All The Must See New Yachts