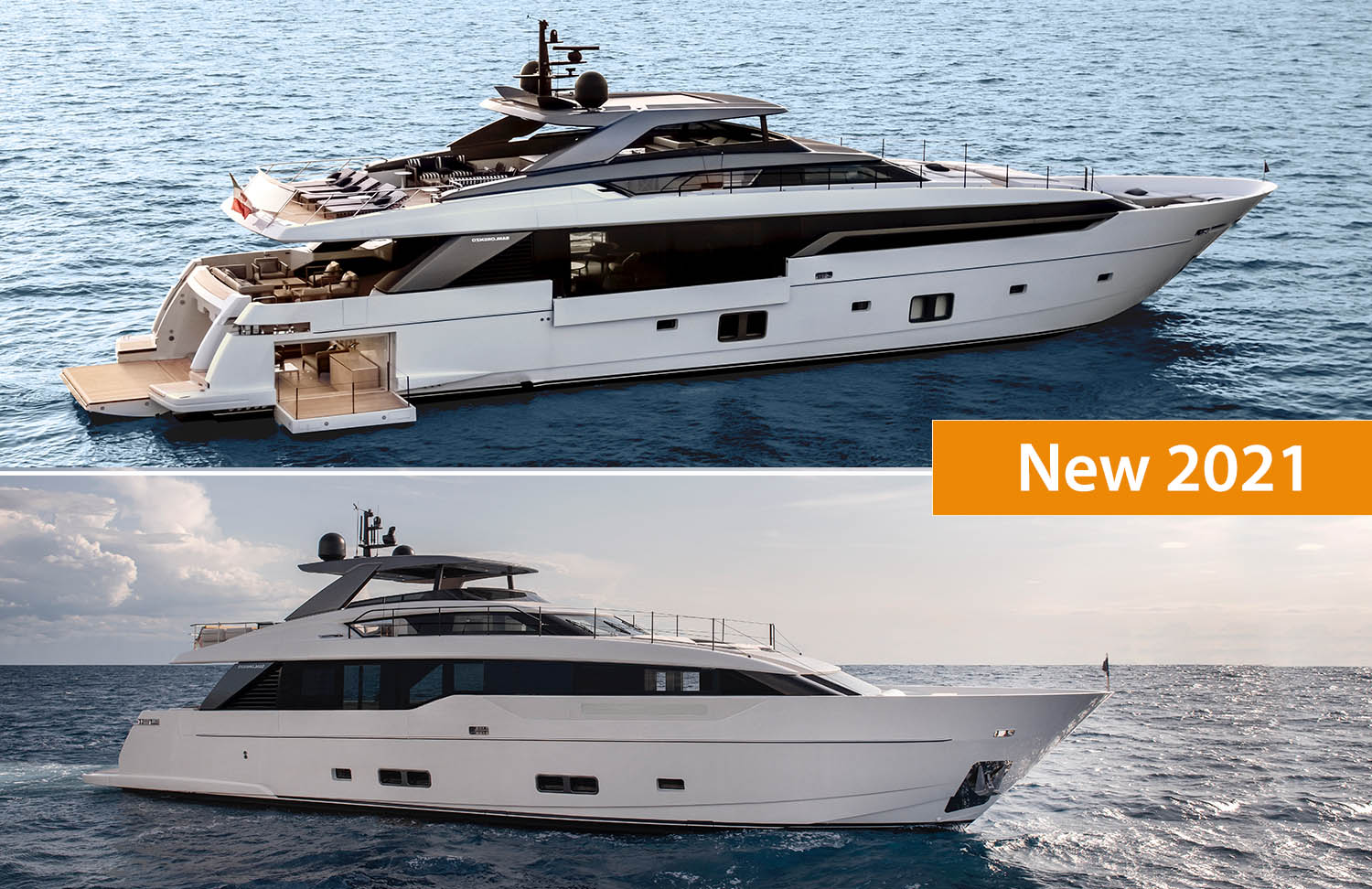 Sanlorenzo has expanded its innovative Asymmetric range, with the notable premieres of the SL90A and SL120A at the Cannes Yachting Festival. After revolutionising nautical design with the launch of the world’s first asymmetrical model, Sanlorenzo continues to rewrite conventional on-board balances by introducing these two new asymmetrical models to the market.

The concept of the Asymmetrical line is the result of the successful encounter between creatives with very different experiences and perspectives: from an original idea of Chris Bangle, vthe brilliant car designer, to Bernardo Zuccon, designer of the external lines, up to Sanlorenzo’s ability to translate even the most complex proposals into reality.

“The SL120 and SL90A represent further confirmation of a path – which began with the introduction of the SL102 and is now consolidated with the presentation of these new models – of exploration of the field and the concept of asymmetry, which has allowed us to redefine the way of inhabiting the vessel. The spaces and fluxes of life on board have in fact been redesigned in a different key, offering the opportunity to perceive the sea from new and dynamic perspectives, which are constantly changing as you move around on board. This extension of the Asymmetric range is today also a further affirmation of credibility not only from a design point of view, but also from a commercial point of view, demonstrating how research into lifestyle concepts is as topical as ever and able to positively influence the rationale of the market”. – Bernardo Zuccon

In 2018, Sanlorenzo launched its first Asymmetrical model, the SL102A, revolutionising the canonical layout of a yacht and providing additional interior space and a direct contact with the sea.

This is an approach that is interpreted differently in each of the three Asymmetrical models, together with new innovations and design details that make every one of the new proposals unique. 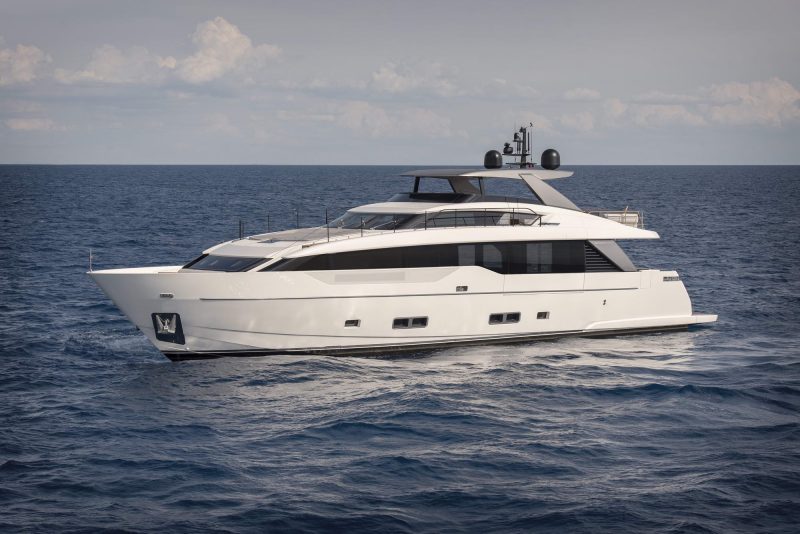 Thanks to its innovative layout, the SL90A retains only the starboard side of the bridge and eliminates the port side, which is moved to the roof of the structure. This enlarges the salon on the main deck, allowing for more space and luminosity with full-height lateral windows, which on the port side directly face the sea.

The asymmetrical configuration allows for a layout with the owner’s cabin and main deck salon on the same level, a solution normally found on larger yachts. The owner’s cabin benefits from a dedicated access to the bow area, while the fly bridge and the bow area are connected to each other and welcome a sundeck integrated into the full-beam superstructure.

With its sinuous and elegant lines, the SL90A features “One Way” glazing which, externally is chromatically similar to the hull and dematerialises the perception of empty spaces, giving a sense of cleanliness and aesthetic continuity. 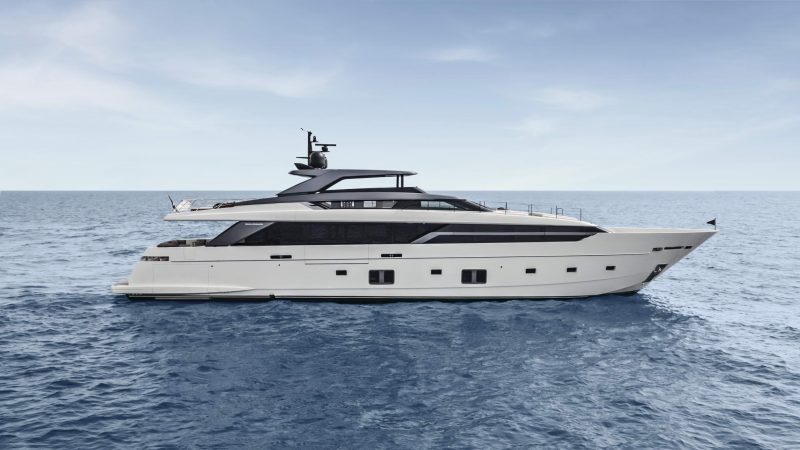 SL120A is the name of the new flagship of the Asymmetrical Sanlorenzo line. This 37 metre planing model brings the concept of asymmetry to maximum expression, delivering space, comfort, functionality, great flexibility of use and a strong connection between internal and external volumes.

On this model Sanlorenzo chose to apply the asymmetrical configuration only in the living area of the main deck that extends from the cockpit to the middle to the vessel.

In this layout the foredeck is kept only on the right-hand side of the main deck where it flanks the living area up to the centre of the yacht. It is then brought to the fly bridge and finally descends to the external living area in the bow via a staircase.

The starboard side of the saloon almost “dematerialises” through a system of sliding doors, creating a total fusion with the external environment, while the port side offers a wide body solution which, thanks to a part of the bulwark that is lowered, gives a perception of maximum transparency.

The asymmetry, in addition, allows designers to completely exploit the internal space of the adjoining bow area, where the owner’s cabin is located, which extends across the entire width of the hull.

Fundamental to the SL120 Asymmetric‘s design is the attention dedicated to outdoor spaces. An example of this is the outdoor living area in the bow, spread over two decks linked by a staircase, to which the owner has direct and private access from their cabin. A space of 24 sqm is flexible to be adapted to the different needs of the owner.

The full connection with the sea and the liveability of the outdoor spaces reaches its peak in the aft area of the lower deck. In fact, the garage can be transformed into a grandiose 45 sqm Beach Club thanks to the folding terraces, offering guests use of the sea “au fil de l’eau”.

The interior design by Martina Zuccon is strongly marine influenced and characterised by neutral tones and a great harmony of colours. A sense of elegance and lightness is given by the finely-coloured essence of Thai walnut wood, chosen for both the wall panelling and the floor. The only exception is the ceiling, whose metallic-effect lacquer finish recalls industrially inspired architecture.

To enquire about Sanlorenzo yachts in Asia, please contact us at sanlorenzo@simpsonmarine.com