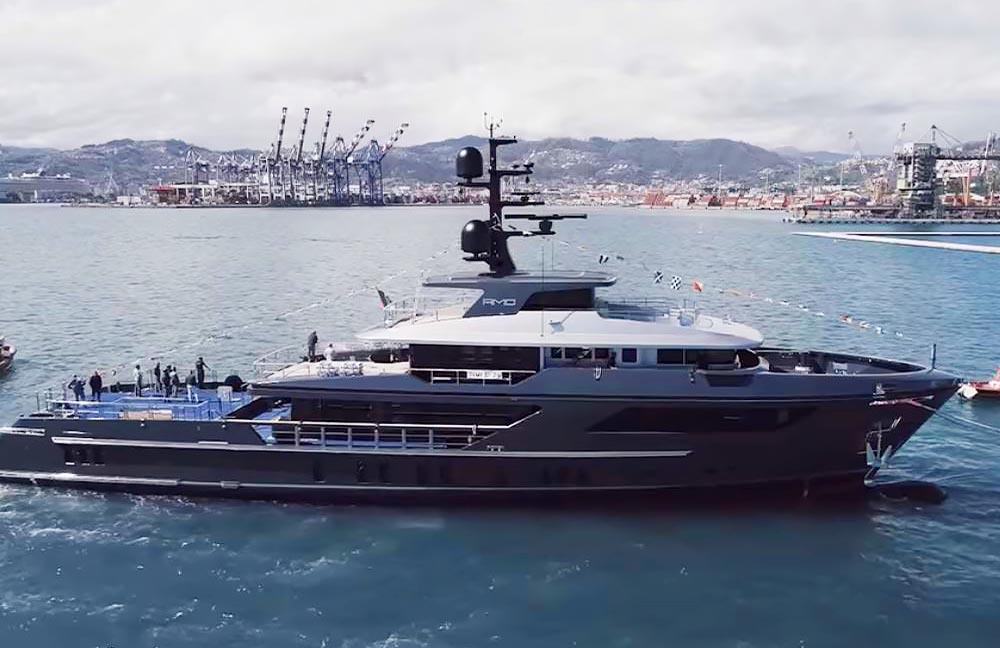 Sanlorenzo has recently announced the launch of the second unit of their 500EXP model, built at the yard’s La Spezia facility. This new yacht, named AMO, follows on from the first unit of this model – Ocean Dreamwalker III ­– which was proudly sold by Simpson Marine. AMO’s design includes an extended aft, allowing a landing spot for a helicopter and added room for storing tenders and toys.

Boasting a range of 4,500 nautical miles, the Sanlorenzo 500EXP model is a striking explorer yacht ready to traverse even the most extreme conditions. An evolution of the popular 460EXP model, with exterior styling by Francesco Paszkowski, this latest 500EXP features custom touches to suit the owner’s unique taste – just like every Sanlorenzo. Named the 500EXP in reference to her gross tonnage of 500GT, this capable and stylish explorer can carry tenders, boats and sailboats measuring up to nine metres in length, or even a seaplane or submarine. Its extended stern platform can be customised to include a helicopter landing pad, as was demonstrated aboard Ocean Dreamwalker III. Built in steel, the 47.2 metre Ocean Dreamwalker III sports a light blue colour and is now cruising around the world.

Email us at [email protected] to enquire about the 500EXP or owning your own Sanlorenzo in Asia.