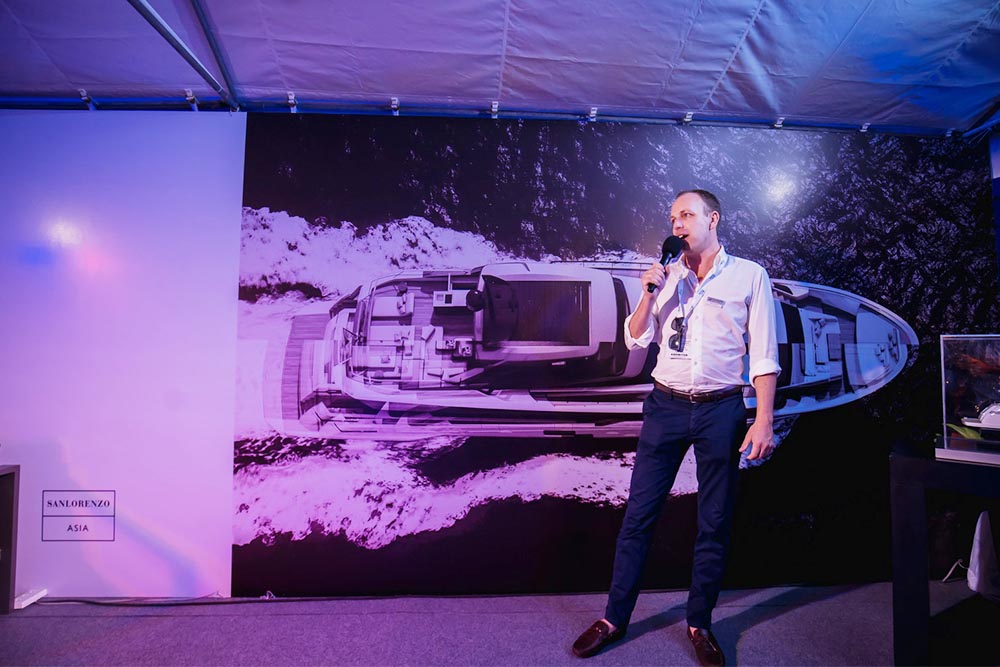 Simpson Marine portfolio of brands had a spectacular night with an accolades of awards received during the Asia Boating Awards. Jointly organized by Asia-Pacific Boating and China Boating magazines, this event took place on the eve of the Singapore Yacht Show 2018.

The Sanlorenzo 52Steel ‘’Seven Sins’’, 52metre metal superyacht received the award for ‘’Best Yacht Design Innovation’’ thanks to the revolutionary design of its stern: with a totally innovative solution, a swimming pool with a transparent bottom placed on the main deck lets light through to the underlying area, an exclusive beach club area resulting from the doors opening on three sides, which become sea-level platforms. The same area quickly turns into a floodable garage that contains the owner’s tender: the beach floor lifts up so that tenders up to 8 metres in length can be accommodated.

‘’Best Flybridge Yacht above 80ft’’ was awarded to the Monte Carlo Yachts 96, adding to her award collection and being recognised with its third prestigious acknowledgement for its product design and development.

Maintaining a family atmosphere, Lagoon catamarans – the world leader in catamaran construction had the SEVENTY 8 named Best Multihull Motor Yacht (above 50 feet) at the 14th edition of the Asia Boating Awards ceremony. This is the third accolade for the SEVENTY 8 since her world premiere in Cannes last September.

Aquila Power Catamarans clinched the ‘’Best Multihull Motor Yacht (Up to 50ft)’’ for the Aquila 44, which was also on display during the Singapore Yacht Show. The 44 was developed to be an exceptionally comfortable cruising boat; placing advanced technology at the forefront of all design and build decisions.

Congratulations to all award-winning shipyards on the recent success!