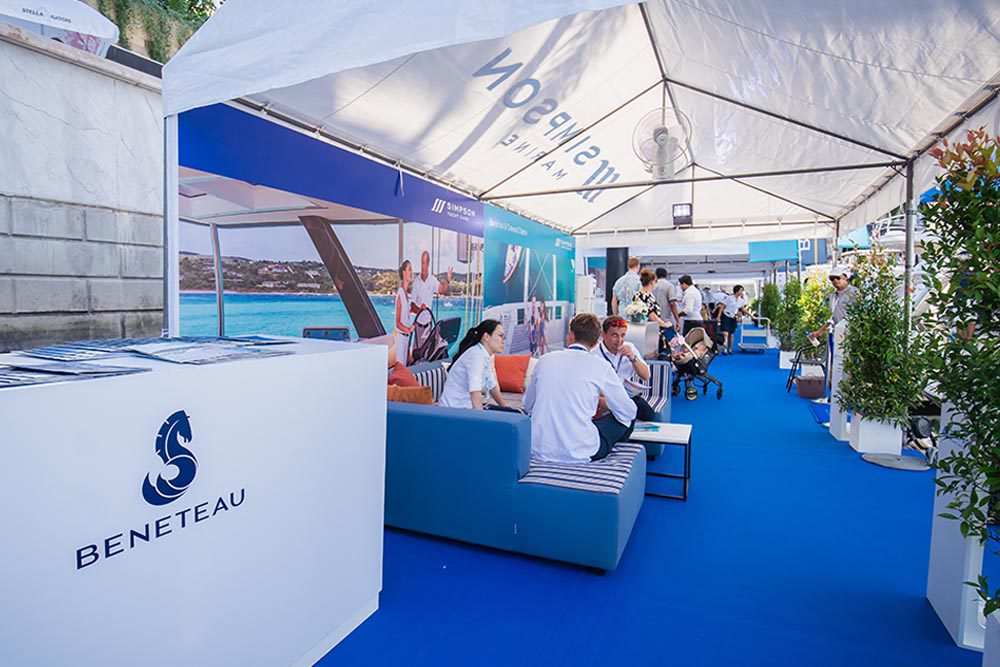 After having participated as a partner in the 2018 edition of Art Basel show in Basel, Sanlorenzo, one of main producers worldwide of yachts and superyachts, confirms once again its affinity with the world of art, participating at the Art Basel in Miami Beach 2018, which takes place from December 6 to 9.

The company, which has continuously pushed its boundaries further over the years, embracing languages and expressive forms belonging to similar worlds such as design and art, has in fact recently entered a global partnership agreement with Art Basel, the leading art fair for modern and contemporary art. The annual events occur in Hong Kong in March, in Basel in June and Miami Beach in December.

The link between Sanlorenzo and art finds its roots in the innovative vision of CEO and Chairman Massimo Perotti who has courageously led the company to experiment with new and unexpected connections for the first time in its field: the encounter between two apparently distinct realities is thus translated into a poetic mechanism in which the company, dropped into a new context, reveals its own innovative and creative approach in a new way each time, offering visitors new points of view on the world of yachting.

On the occasion of Art Basel Miami Beach 2018, Sanlorenzo thus chooses to present itself in the Collector Lounge, paying homage to the renowned Italian artist, Alberto Biasi, one of the main representatives of optical kinetic art, with a captivating installation which will interpret the poetry of “Gocce” (“Drops”) part of the “Rilievi ottico dinamici” (“Optical-Dynamic reliefs”).

The project by Piero Lissoni, the company’s art director, in collaboration with Tornabuoni Art gallery, will transform the Sanlorenzo lounge into a luminous installation where an artwork by Biasi will be reproduced on the walls. The artwork will evolve and change with the visitor depending on his point of view and amplifying the optical effect conceived by the artist.

Displayed in sequence in glass display cases along one side of the lounge, metal models of the Sanlorenzo Superyacht. These models reflect the visual patterns of the art piece, changing and moving with it in an emotional and perceptual dynamism, as it is told in the artist’s words:

This is what appears in the “Gocce” series (“Drops”): the magic of circles is patiently evoked on the double structure which has been diversified in the perceptive interplays between background and surface. Based on the rhythms of the plates which begin to move, it calls to its presence new circles of shadows which become dynamic, rise and drop in relation to your movement to the left or right, or walking horizontally.

This work, which lives and moves with you, evokes a sense of wonder which reminds me of certain moments of my experience with nature, contemplative movements which fascinated me: “A drop fell on the quiet expanse of a pond? Or a miniscule air bubble appeared on the surface? Whatever the cause, my eyes concentrated on the liquid wrinkle and on the luminous reflection: my mind saw the flow of the circle, its expansion and disappearance…”. (Alberto Biasi)