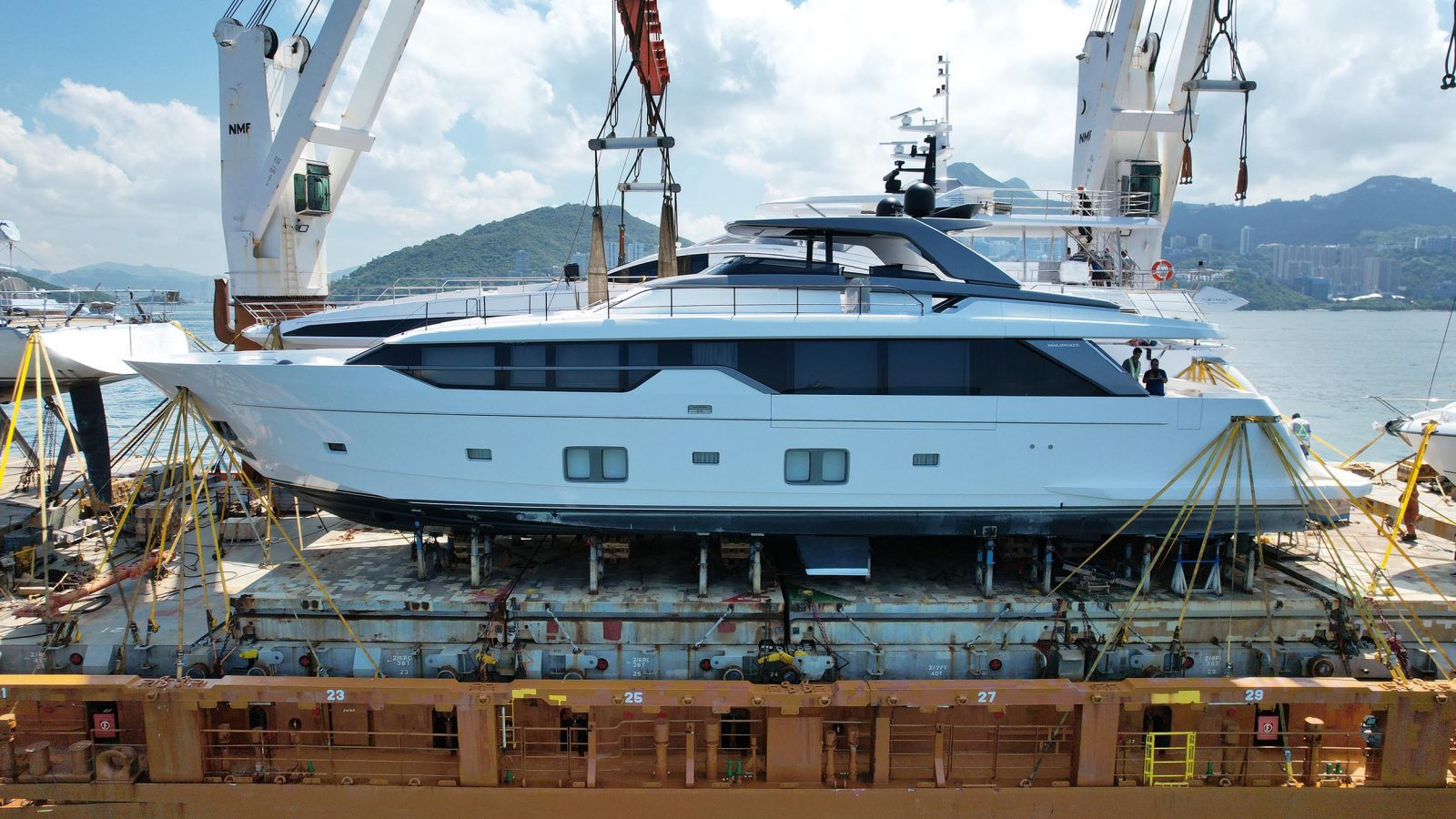 Hong Kong has recently welcomed a new Sanlorenzo SL102 Asymmetric, which joins the fast expanding Sanlorenzo fleet in the city – this is just one of many exciting arrivals due this summer.

The Sanlorenzo SL102 Asymmetric was the first model in the shipyard’s ground-breaking Asymmetric line, which is part of Sanlorenzo’s fast planing SL range. This innovative design reinvented the traditional on board layout by eliminating the exterior portside passageway and stretching the saloon full beam on that side. Between the seamlessly interconnected cockpit area and 42sqm saloon this resulted in a 75sqm combined living space, which is bathed in light thanks to the floor to ceiling glazing in the yacht’s superstructure.

A notable feature inside the SL102A is a superb master cabin on the main deck, with a side balcony that grants quick access to bow area lounge. Spread over 20sqm this is a flexible, relaxing space that can host a dinette or accommodate massive sun pads.

An impressive flybridge covers an area of 57sqm and provides direct access to two beautiful relaxation areas: a 11sqm sunpad on the mid deck and the previously mentioned bow lounge. With the portside passageway on the main deck removed from the design, having this access through the flybridge delivers easy circulation and balances the yacht beautifully. The versatility of the flybridge is enhanced by the option to customise the layout with modular standalone furniture from leading Italian brands such as Paola Lenti and Roda to match the owner’s usage requirements. All exterior decks have the option of being shaded via elegant awnings and sunroofs.

Despite its asymmetry, the yacht maintains Sanlorenzo’s distinctive elegance and flawless lines – this challenge was successfully met by Studio Zuccon Project International who were responsible for the exterior design. Following the unprecedented success of the SL102 Asymmetric the shipyard then launched the SL96 Asymmetric, which was received to equal acclaim. It has also announced two new additions to the Asymmetric fleet with the SL90 Asymmetric and the new flagship SL120 Asymmetric set to be officially premiered at the Cannes Yachting Festival this September.

If you would like to enquire about your own Sanlorenzo Yacht in Asia, please contact our dedicated team at [email protected]