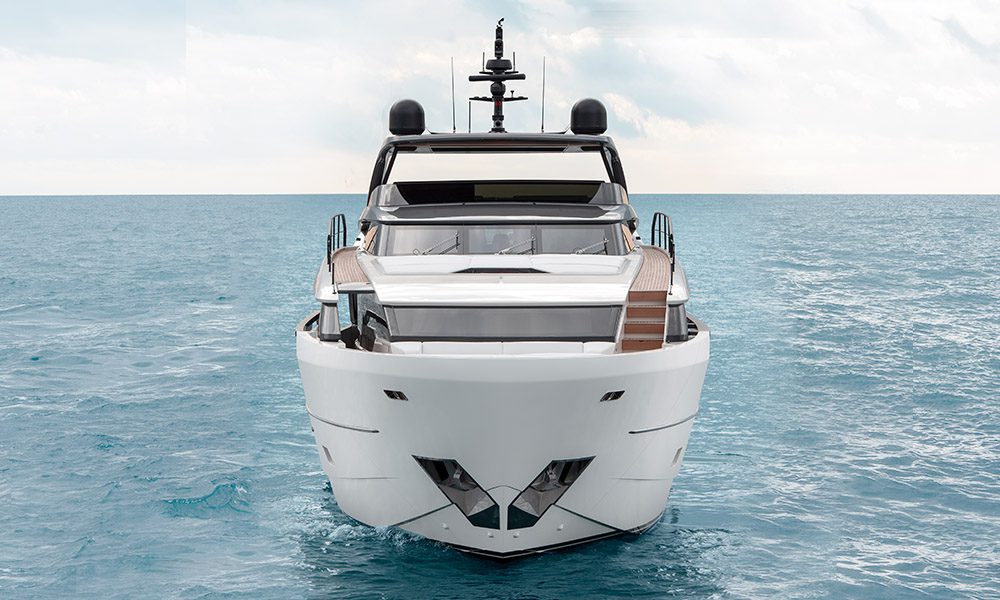 With the introduction of their Asymmetric line in 2019, Sanlorenzo marked a tremendous breakthrough in the world of yacht design by going beyond all commonly accepted and applied forms and structures.  Such a groundbreaking design evolution was a result of a creative brainstorming session led by Chris Bangle, former BMW chief auto designer, and Sanlorenzo’s expert architects and engineers as part of their pursuit of innovation and technological leadership in the yacht and superyacht sector.

Opting for an asymmetric layout was a risky bet to take but it is one that has more than paid off, delivering a highly functional, elegant, balanced and spacious design that has been brilliantly executed in collaboration with experienced superyacht designers Zuccon International Projects who developed the exterior and layout.

The main benefits of this asymmetric concept, across the range, are:

First introduced on the Sanlorenzo SL102A, which received multiple awards, the Asymmetric range quickly expanded due to huge demand, with the new models including the SL96A, SL90A, SL106A and the new flagship SL120A.

In Asia, we have witnessed particular interest in the Sanlorenzo SL96A design, with the sale of five units that are now located across North and South Asia. This model is particularly well suited to Asia. The SL96A retains all the advantages of her bigger sister with the small difference of being just below 100ft LOA which is a significant advantage in Hong Kong’s marina berth spaces. This model has received much attention from customers looking for a bespoke Sanlorenzo yacht featuring the Asymmetry philosophy.

A new addition to the fleet, the SL90A, is now also available and will be soon heading to Asia to join her big sisters the SL102A and SL96A.

To receive more information on the Sanlorenzo Asymmetric range and receive an update on the next available deliveries into Asia, please contact our expert team at sanlorenzo@simpsonmarine.com