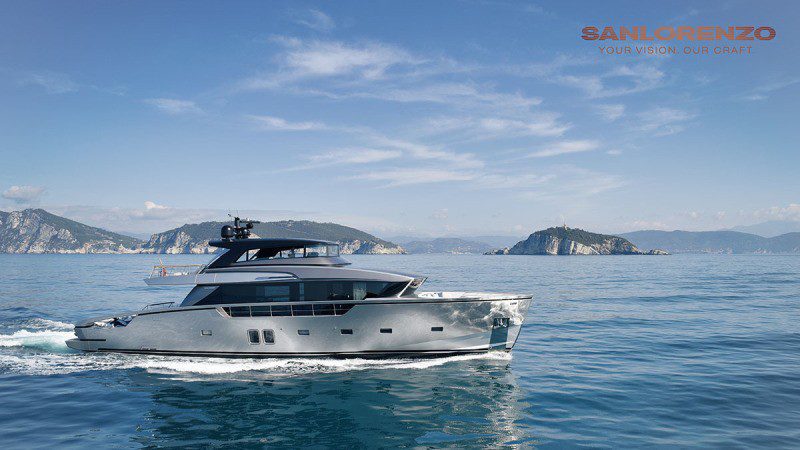 Presented by Sanlorenzo at the past Cannes Yachting Festival, the new cross-over revolutionary yacht, the Sanlorenzo SX88 has been awarded with its second award, after the first prestigious World Yacht Trophy, at the recent Phuket Rendezvous, 4-7 January 2018, with Christofle Yacht Award for the Best International Yacht Release. The judging panel composed of International media experts has explained the award for SX88: “Introduced to boating media at the Hotel du Cap Eden Roc at Antibes prior to Cannes Yachting Festival, the 27m Sanlorenzo SX88 is described as a crossover yacht that cleverly combines Salorenzo’s classic trademark flybridge vessels with the recently expanding explorer class. The high protected bow, for example, has explorer DNA, while also allowing side bulwarks to taper downward as they move aft.”

The award was received by Mike Simpson, Simpson Marine Managing Director and Nick Stratton, Sanlorenzo APAC Sales Manager. “SX88 is a revolution. The innovative steering position on the flybridge can be entirely enclosed and air-conditioned by the automatically operated side windows, leaving a free main deck that spreads on the same level from stern to bow – your exclusive loft on a 27-meter yacht. Alternatively, a grand owner’s suite can be placed on this deck for a more intimate solution, an absolute exclusivity of the SX88 in this range of yachts. Incomparable space is offered on the wide beach area astern”, explains Nick.

The SX88 is a unique yacht containing many “Firsts” by Sanlorenzo, a Copernican revolution based on some unique and distinguished keys that make the yacht original and innovative:

The interior design of the first unit of the Sanlorenzo SX88 is designed by Piero Lissoni and offers wide open spaces and large glassed surfaces, assuring an effective and optimized relationship between interior and exterior, more and more required by the most experienced Owners. The Sanlorenzo SX88 brilliantly succeeds in matching at top level the always difficult relation between shapes and functions.

The high, seaworthy bow lowers toward the stern streamlining all the mass of the yacht, but at the same time giving her an impressive look of an all-weather vessel. The superstructure is marked out by the widest glassed surfaces and is painted in dark shade to reduce the volume perception and to balance the “full” of the superstructure and the “empty” of the windows.

As on a large superyacht, the only steering position is on the upper deck, the fly bridge, protected by a windshield that can be closed by side saver windows and when needed by strataglass panels or – as optional – by an easy operating rigid structure.

The innovative stern area is also where the beach area is and the level of the beach area is five steps lower than the main deck and can accommodate a 15’ tender, a jet ski and other toys. The crane to move these watercrafts is cleverly and elegantly hidden in the prolonged profile of the handrail, without disturbing the SX88 outline.

Particular attention was given by Sanlorenzo to the environment’s sustainability, with specific care and sensibility to the environment where the yacht is operating and the one where she is built. The SX88’sconstruction process is based on eco-friendly procedures and materials developed by Sanlorenzo. Thanks to the combination of high power lithium batteries and new lighting technologies, energy management systems, efficient thermal insulation and window glass, the SX88 can use all systems on board for 4 to 8 hours at “zero emissions”. Thanks to these eco-friendly features, Rina awarded SX88 with the Green Class. 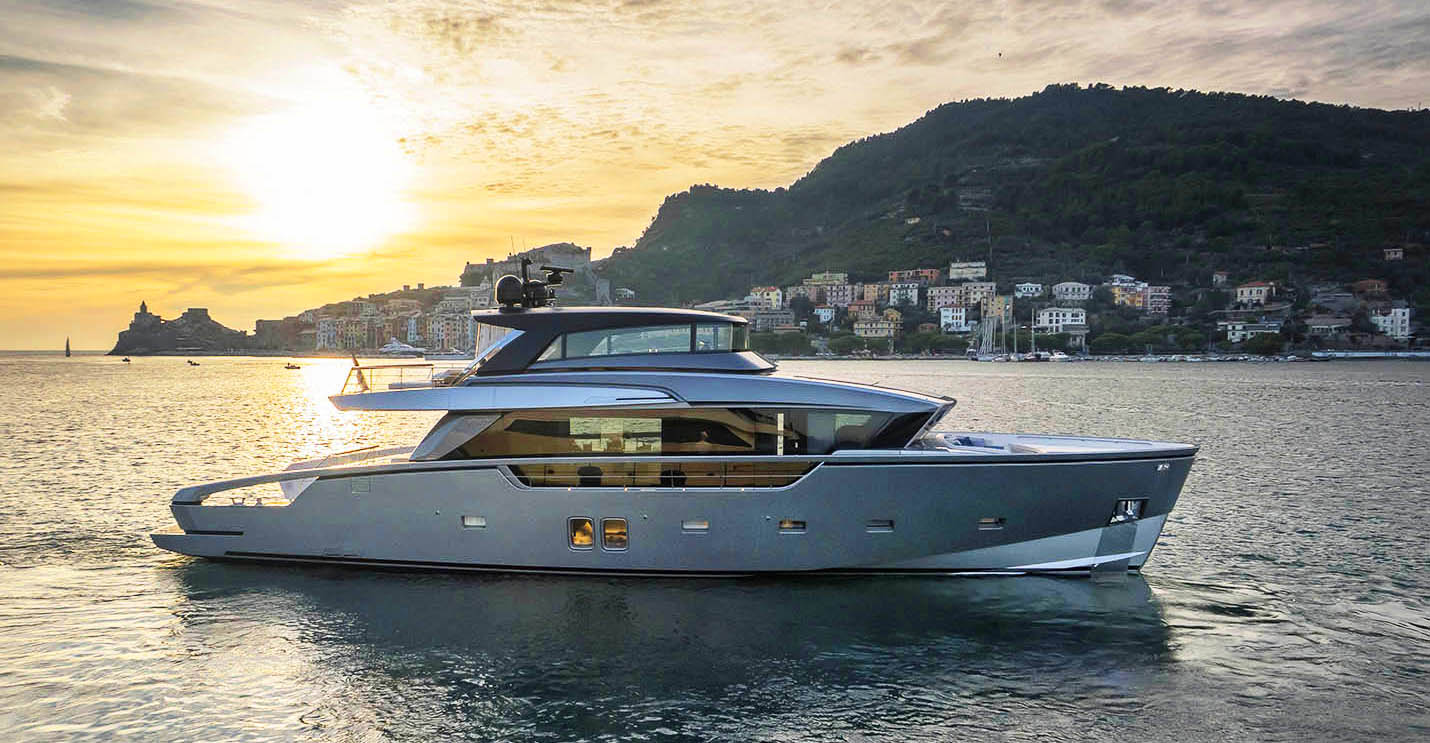 The SX88 represents a successful and clever combination between classic fly bridge motoryachts, that Sanlorenzo was and is still a world leading builder with a range of four models spanning from 27m to 36m, and the recently expanding Explorer type, that Sanlorenzo read into the most successful 42m 460 EXP.

Next occasion to see the new SX88 is the Duesseldorf Boat Show held on 20-28 January in Duesseldorf, Germany. Please visit the show with our team and contact us at sanlorenzo@simpsonmarine.com

Sanlorenzo Superyacht SX88
Share This
Previous
Back to all news
Next