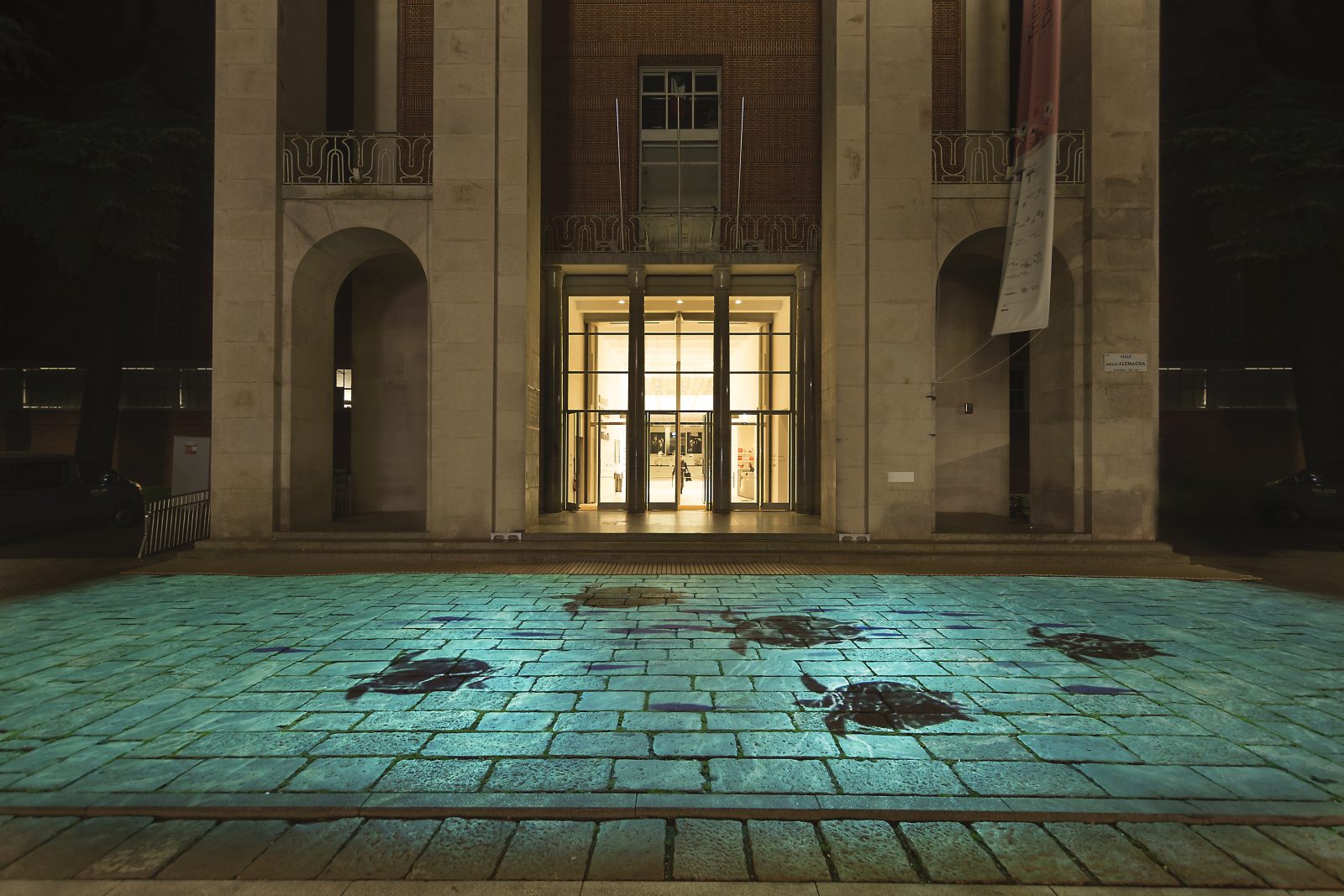 This morning, at the new ADI Design Museum in Milan, Sanlorenzo was awarded the most historic and authoritative design honor in the world: the Compasso d’Oro ADI. The international jury selected Sanlorenzo in the “Exhibition Design” category for the installation “Il mare a Milano”, presented by the company in 2017 at Triennale di Milano, chosen from over 350 finalists.

Thanks to a unique ability to expand its boundaries and capturing inspirations from other worlds such as design and art, over the years Sanlorenzo has been able to bring a new perspective to the field of yacht design. A coherent path that has always set the company apart in its field, and has now led to this prestigious award. 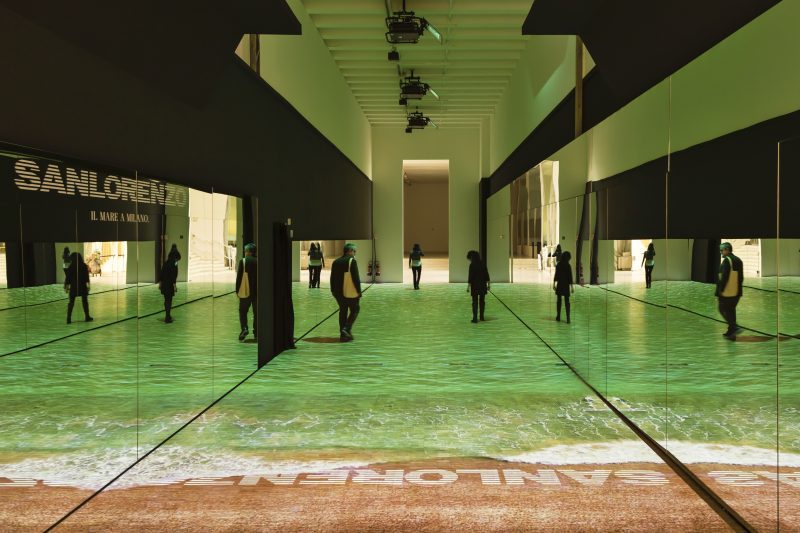 The installation presented during FuoriSalone 2017, designed by NEO [Narrative Environments Operas], was conceived to immerse visitors in the world of yacht design: the space in front of the Triennale building was transformed through a large projection on the ground, into different seas that alternated to suggest a hypothetical crossing in the most remote locations of the planet. Inside the Triennale an entire space was set aside for the video presentation of the yacht lines produced by Sanlorenzo and the story of the company’s collaborations with some of the most prestigious names in the world of design, such as Dordoni Architects, Antonio Citterio Patricia Viel and Piero Lissoni. The public entered these spaces by way of an internal sea inhabited by unexpected marine creatures. A true immersive experience in the reality of Sanlorenzo. 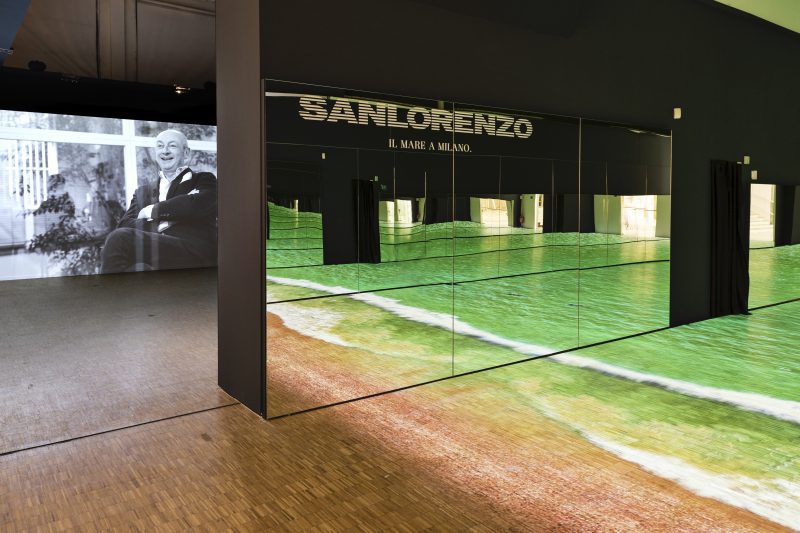 The Compasso d’Oro award, bearing witness to over sixty years of evolution of Italian design in the world, is assigned on the basis of a preliminary selection carried out by the Osservatorio Permanente del Design of ADI, a commission of experts, designers, critics, historians and specialized journalists, members of ADI or external contributors, engaged in the evaluation and selection of the best products and projects, recognizing absolute excellence. The selections are then published in the annual ADI Design Index.

The projects involved in the XXVI edition of the prize will also be on view until 16 September in the exhibition set up at the ADI Design Museum. Along with the video narrative of the installation “Il mare a Milano,” the show features three other Sanlorenzo projects included in the ADI Design Index for 2018 and 2019: the SX88 yacht with interiors by Piero Lissoni, the 460Exp superyacht with interiors by Citterio Viel, and the innovative SL102Asymmetric yacht. 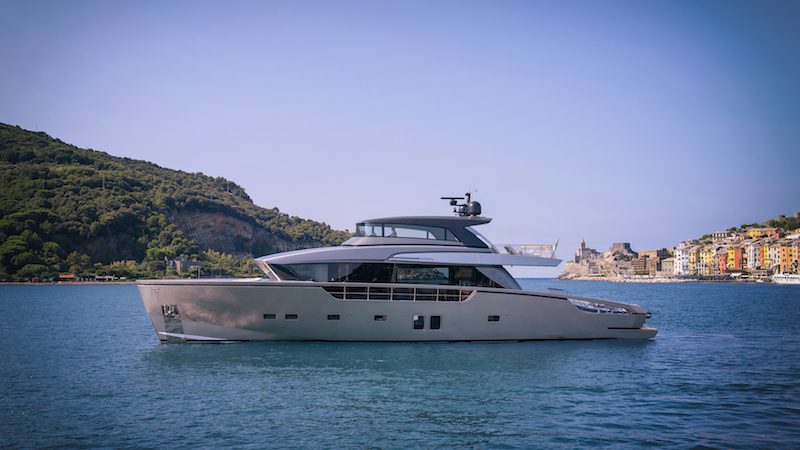 Piero Lissoni has taken an absolutely innovative approach for the design of the interiors of the SX88, which for the first time ever features an open space on a yacht with a length of 88 feet. Lissoni has reinterpreted the concept of on-board space, developed in a single continuous area from stern to bow, with an open kitchen adjacent to the dining room, followed by the living area in a seamless arrangement linking indoors and outdoors, thanks to the large windows facing the sea. A “social” boat, then, which offers a new way of living on board. 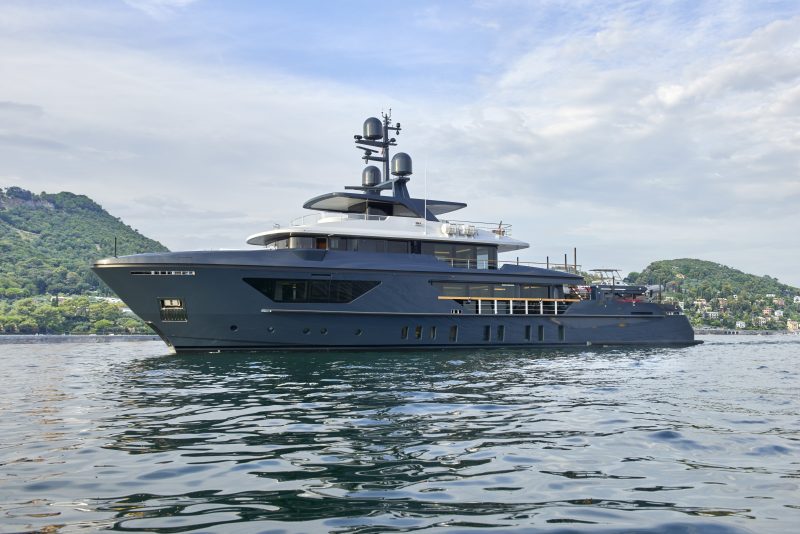 The 460Exp superyacht by Sanlorenzo, with interiors by Citterio Viel, reinvents the concept of an explorer yacht. The particular feature of this project is undoubtedly the close relationship between indoor and outdoor spaces. The designers have set out to bring the design of the hull inside the boat, ensuring a direct relationship between the naval architecture and the on-board spaces. The project aims at revealing the construction of the yacht in its innermost nature. 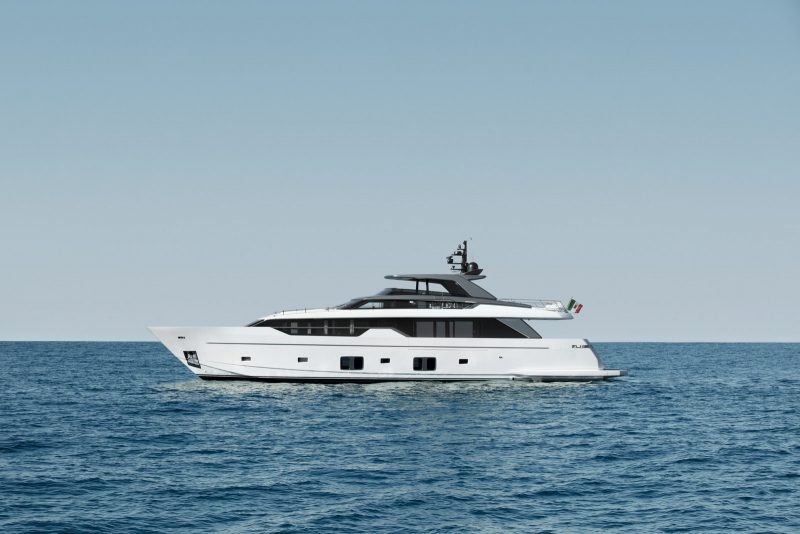 SL102Asymmetric is the world’s first asymmetrical motor yacht, a daring, advanced project. The idea was developed by different creative minds and approaches: from an original concept by Chris Bangle, one of the world’s most highly acclaimed car designers, to the engineers and designers of the shipyard, all the way to Bernardo and Martina Zuccon of the Zuccon International Project studio.

With the purpose of achieving greater livability for the internal spaces and better communication with the outdoors, SL102Asymmetric revises the well-established layout of a yacht, conserving only the passage on the starboard side and eliminating the one on the port side, which shifts to the roof of the superstructure. This asymmetrical configuration, never tried before, allows to recover about 10 square meters of area to benefit the interior.

A prestigious milestone along the path of excellence of Sanlorenzo, and in its close collaboration with the world of design which has made it possible to bring new visions on board, revolutionizing the world of yachting.

To find out more about Sanlorenzo yachts, please contact our expert team at sanlorenzo@simpsonmarine.com