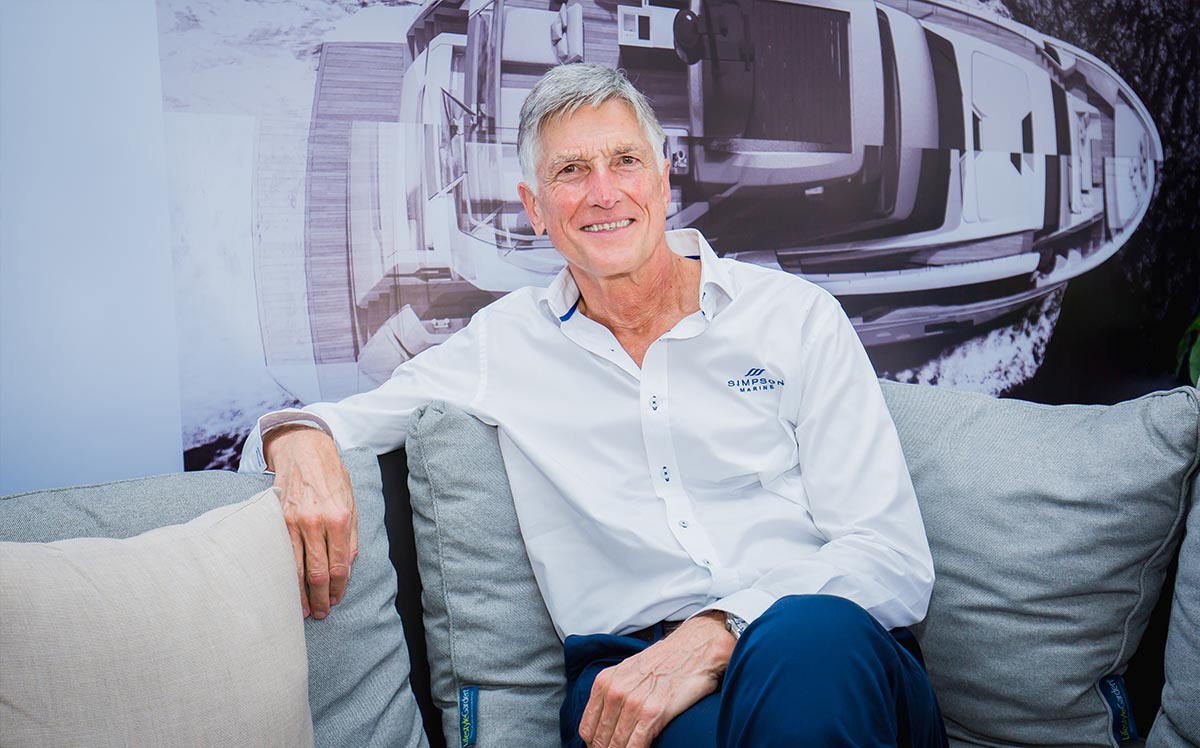 The China Cup International Regatta (CCIR) held its 12th edition on 8 – 12 November 2018 in Shenzhen’s Daya Bay, with 120 boats racing in seven divisions. A total of 1600 sailors participated this year from all around the world, including the Emirates Team New Zealand team (winner of the 2017 America’s Cup), teams from Oman, France, US, Japan and Russia to name just a few, and many local Chinese, Hong Kong and South East Asia teams. The regatta was very well run, with great spirit shown among the competitors.

Simpson Marine and Beneteau have supported the CCIR for the past 12 years, with the delivery of 35 First 40.7 boats forming the first, and still most vigorous, class in the field. This year, as with other years, we entered a Beneteau Simpson Marine team composed of Simpson Marine’s best racing sailors Richard Allen and David Walder, and Beneteau team friends.

The regatta began with the Hong Kong to Shenzhen Simpson Marine Passage and our Group General Manager Richard Allen gave out the awards to the winning teams at the opening ceremony evening on 8 November. On 11 November Beneteau held their Annual Beneteau Owners’ party that has now become one of the social highlights of the Regatta. We enjoyed spending time with our owners and Beneteau crews celebrating the sailing spirit and adventures on the sea.

On 9 November the CCIR hosted the annual official gala dinner with the China Sailing Awards Ceremony, which is recognised as the most professional awards in the Chinese sailing industry. The Figaro Beneteau 3 won the PERFORMANCE KEELBOAT OF THE YEAR and the Beneteau Oceanis 51.1 got the CRUISER OF THE YEAR. These awards are proof of Beneteau’s leading status in both global and China market.

We also presented the new First range in the booth of CCIR village which attracted many sailors’ attention. We are pleased to bring more sailboats to China, as we always aim to do, and welcome all the Chinese families joining our sailing community.

If you are interested in participating in the CCIR next year or want to learn about owning your own Beneteau sailing yacht, with a wide range of options from 20-62ft on offer, please let us know at beneteau@simpsonmarine.com

Beneteau
Share This
Previous
Back to all news
Next