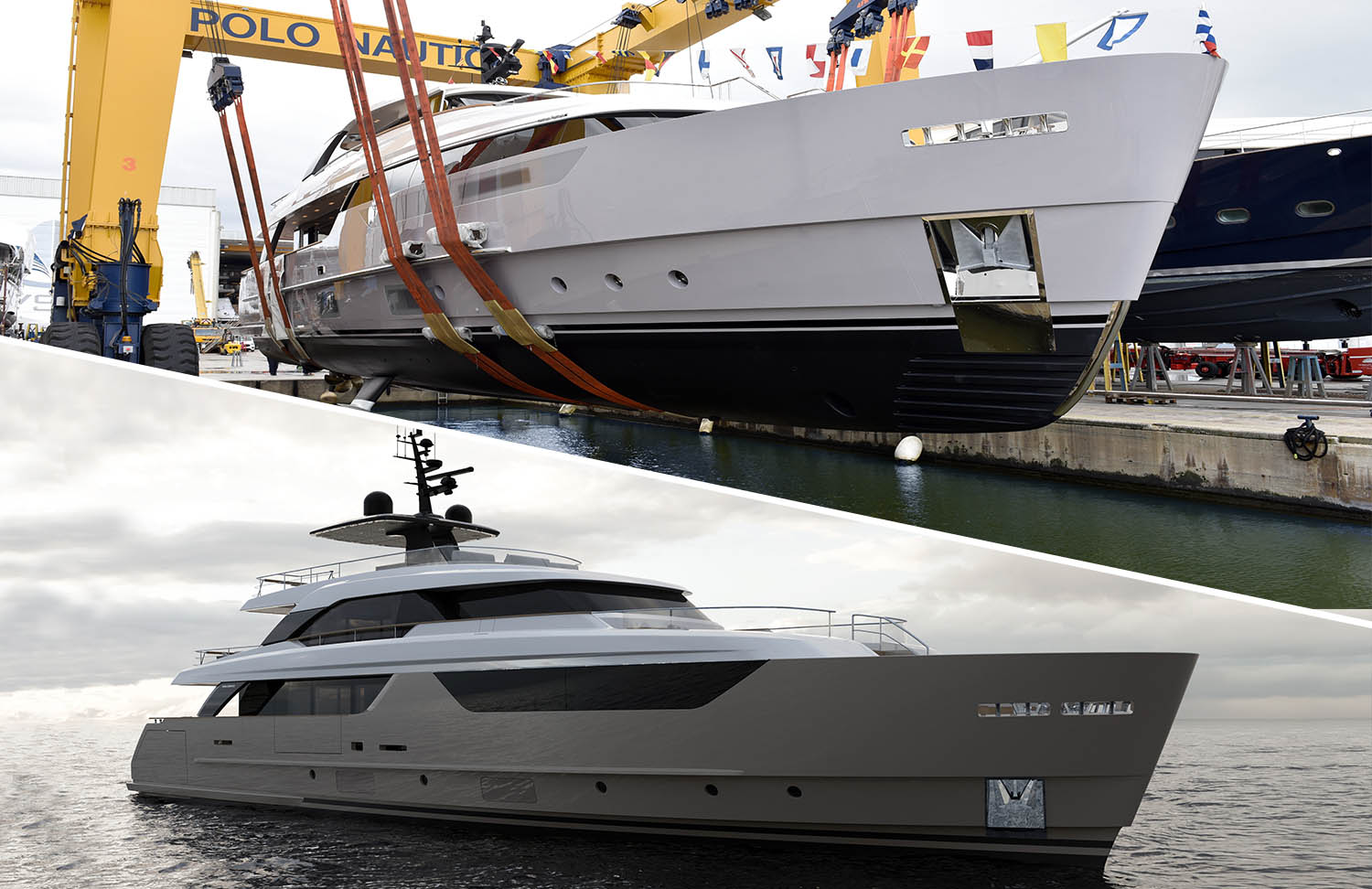 We are delighted by the recent arrival of two brand new Sanlorenzo SD96s into Hong Kong and Phuket, which have added to the ever expanding Sanlorenzo fleet in Asia.

The Sanlorenzo SD96 is a 29m motoryacht that began the relaunch of the yard’s historic semi-displacement SD range. This new model remains faithful to Sanlorenzo’s heritage while embracing new ideas – the end design is a result of the yard’s tireless research and attention to the importance of liveability on board. Sanlorenzo is known for collaborating with world renowned architects and designers, such as Antonio Citterio Patricia Viel  and Piero Lissoni (Sanlorenzo’s art director since 2018), and the company entrusted Patricia Urquiola with the interior design of its first unit of the SD96 series.

The Sanlorenzo SD96 introduces the concept of transforming spaces to enrich the experience of those who inhabit the boat. Defined by flexibility and modularity, the SD96 features a flowing space in which the distinctive style of Patricia Urquiola unfolds, combining a minimalist approach with a blend of carefully selected materials.

Bernard Zuccon of Zuccon International was responsible for the exterior of the three-deck SD96, one of several models he and the company have designed for Sanlorenzo. The yacht is built for comfort and long periods at sea. Its hull features a sharp profile and a vertical bow, and comes from the concept of famed French designer Philippe Briand, combined with input from Sanlorenzo’s engineering team.

With the more powerful option of twin 1,380hp MTU engines, the SD96 has a top speed of 20 knots and a cruising speed of 15 knots, while navigating at 10 knots maximises fuel economy and allows for an impressive range of 1,800nm.

Adding to the popular SD range, Sanlorenzo has recently announced the premiere of the SD118, set for the coming 2021 Cannes Yachting Festival in Cannes on 7-11 September. Five units have already sold before her official unveiling, all of which are a collaboration with a different reputed interior designer – these early sales are a real testament to the appeal of the SD118.

This new 35.7 metre long and 7.9 metre wide SD118 is the first SD range model that embraces the innovative concept of ‘Asymmetry’, applied first on the Sanlorenzo SL fast planing yachts range and today patented by Sanlorenzo as their distinctive innovation.

The SD118 has space for up to 10 guests accommodated in five cabins and has an interior and exterior both designed by Zuccon International Project. Her design balances classic and traditional lines into a contemporary interpretation, with an aesthetic centred around her wide-body hull. A spectacular 35 sqm beach terrace with foldable side terraces is a stellar feature that allows for an expansive outdoor living while providing storage for a 5.2m tender.

The 31 sqm bow outdoor living area of the SD118 yacht is organised on two connected levels, the upper deck and the forward deck. They form an area for relaxation in the open air, which the owner has direct access to from a spectacular full beam 45 sqm cabin by means of a sliding hatch. This hatch is concealed below the staircase connecting the two decks in order to provide privacy. Adding to these exterior areas, the 57sqm flybridge is fitted with movable branded furniture, and a wet bar provides a wonderful area to enjoy uninterrupted vistas across the beautiful surroundings.

The 290 GT yacht is powered by two Caterpillar C32 Acert diesel engines, which will allow her to cruise comfortably at 10 knots with 2500 nautical miles of autonomy, and reach a top speed of 19 knots.

Please enquire with us today about your preferred Sanlorenzo yacht in Asia at sanlorenzo@simpsonmarine.com