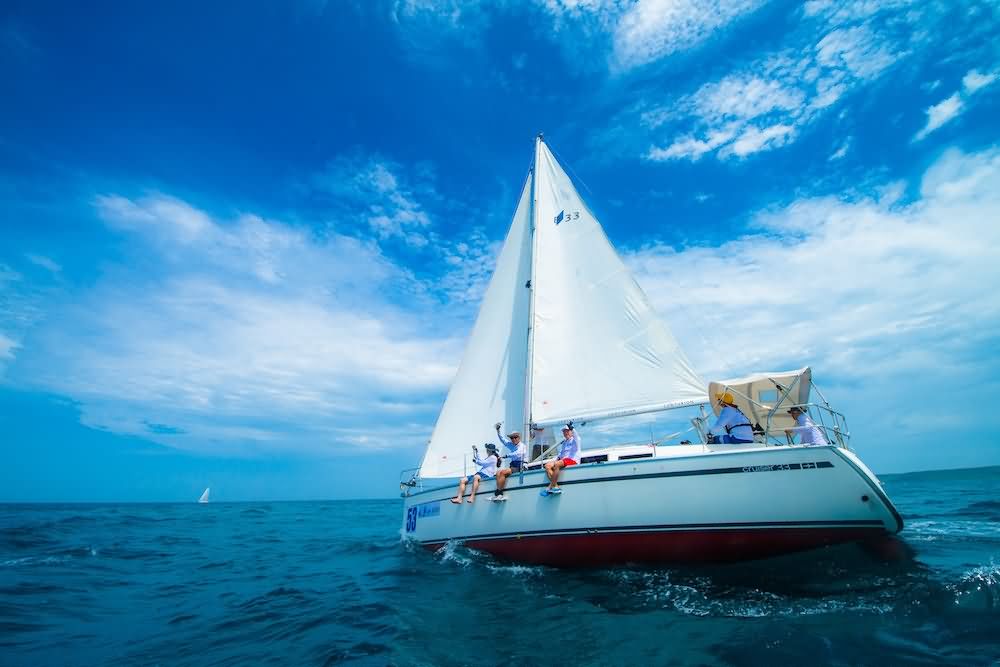 Known as Taiwan’s most influential sailing race, the Penghu Regatta was hosted from 15-21 June 2017 and attracted 30 boats, with several Beneteau yachts taking part in the event.

In addition to three boats in the Beneteau Oceanis 38.1 Class, two more Beneteau’s competed in the Class IRC category where they won the top two prizes. The IRC competition was mainly fought out between three yachts: Beneteau First 40CR POYA, Beneteau Oceanis 60 ROSE SKY III and a third boat named NION. Despite losing the first round of the island race due to a mainsail problem, POYA got the champagne prize thanks to a consistent performance throughout the racing. Next in line was ROSE SKY III led by Tony Chen, Simpson Marine Taiwan Sales Manager, while their competitor NION proved a big threat. There was plenty of exciting racing throughout the regatta.

Both long-term partners of Penghu Regatta, as well as the prime drivers of sailing culture in Taiwan, Simpson Marine and Beneteau have played a crucial role in supporting the development of local sailing events. As well as encouraging Beneteau teams to participate in the regatta Simpson Marine also held a ‘Simpson Marine Night Award Ceremony’ during the regatta which was the perfect way to bring the sailors together and enjoy the social side of sailing.

Tony Chen is an especially active participant of the Penghu Regatta and has been responsible for inviting many owners to participate in the competition. An accomplished windsurfer and yachtsman born in Penghu, Tony plays a key role in supporting Penghu’s young sailors and continues to promote windsurfing and sailing activities whilst working closely with the local government.

Unlike other Asian regattas, the Penghu Sailing Week is organised and facilitated with local sailors as the main driving force, with fewer commercial influences, ensuring a great atmosphere. Penghu Regatta is smaller than those races in mainland China and Hong Kong but the team at Simpson Marine are firm in their belief that Taiwan will one day become a great sailing destination. “The seas are very beautiful here, and there are more and more people in Taiwan who are wanting to enjoy the sailing lifestyle,” says Chen. “Although we are developing at a moderate pace, we feel that the future is bright for Taiwan’s yachting community and the Penghu Regatta.”

If you would like to discover more about the yachting lifestyle in Penghu and Taiwan, please contact us at Taiwan@simpsonmarine.com