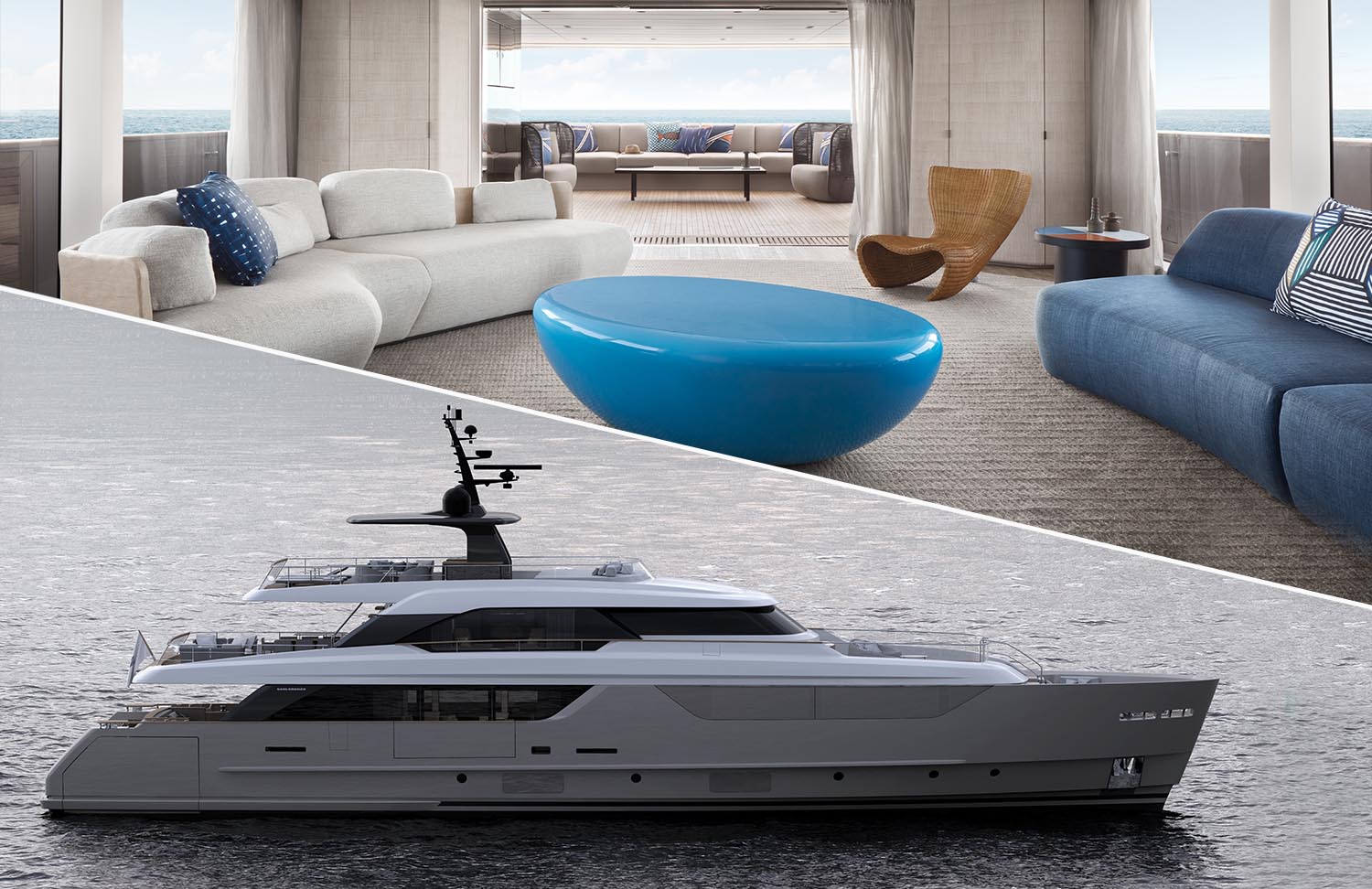 Sanlorenzo has recently released the first images of their new SD118 model. This highly anticipated model was first announced at the Cannes Yachting Festival 2021 and has since garnered a lot of attention worldwide.

This spectacular trip-deck yacht SD118 proposes a new way to live at sea. The SD118 is the first asymmetric model in the SD range and features an extended upper deck that allows a direct view of the sea from both sides – this generates a perfect connection between the interior and the exterior. The port side features a walkway that leads seamlessly from stern to bow, along which the bulwark at the salon opens to form a terrace. Meanwhile, the starboard side is like that of a wide-body hull.

The SD118 has a unique configuration of a large outdoor living area at the bow, spread over two interconnected decks, which the owner can directly access via their large full-beam cabin. This access is gained through a sliding companionway, hidden under the staircase that connects the two decks, to ensure total privacy.

The stern area transforms itself into a beach island when at anchor, which offers almost 20sqm of walkable space when the side terraces are opened up. This generous multi-use area delivers a seamless connection between man and the sea. Overall, she is a beautiful design that further expands the space and comfort achieved by previous models in the SD line.

Featuring a beautiful aquamarine colour scheme by Bismut & Bismut Architects, this fine example of the SD118 is showcasing Sanlorenzo’s ability and flexibility to work with prestigious and remarkably diverse interior designers.

Two units of the Sanlorenzo SD118 have already been sold in Asia, proving the strong appeal of this model in this market. We welcome your enquiries on Sanlorenzo yachts in Asia at sanlorenzo@simpsonmarine.com

Sanlorenzo SD118
Share This
Previous
Back to all news
Next