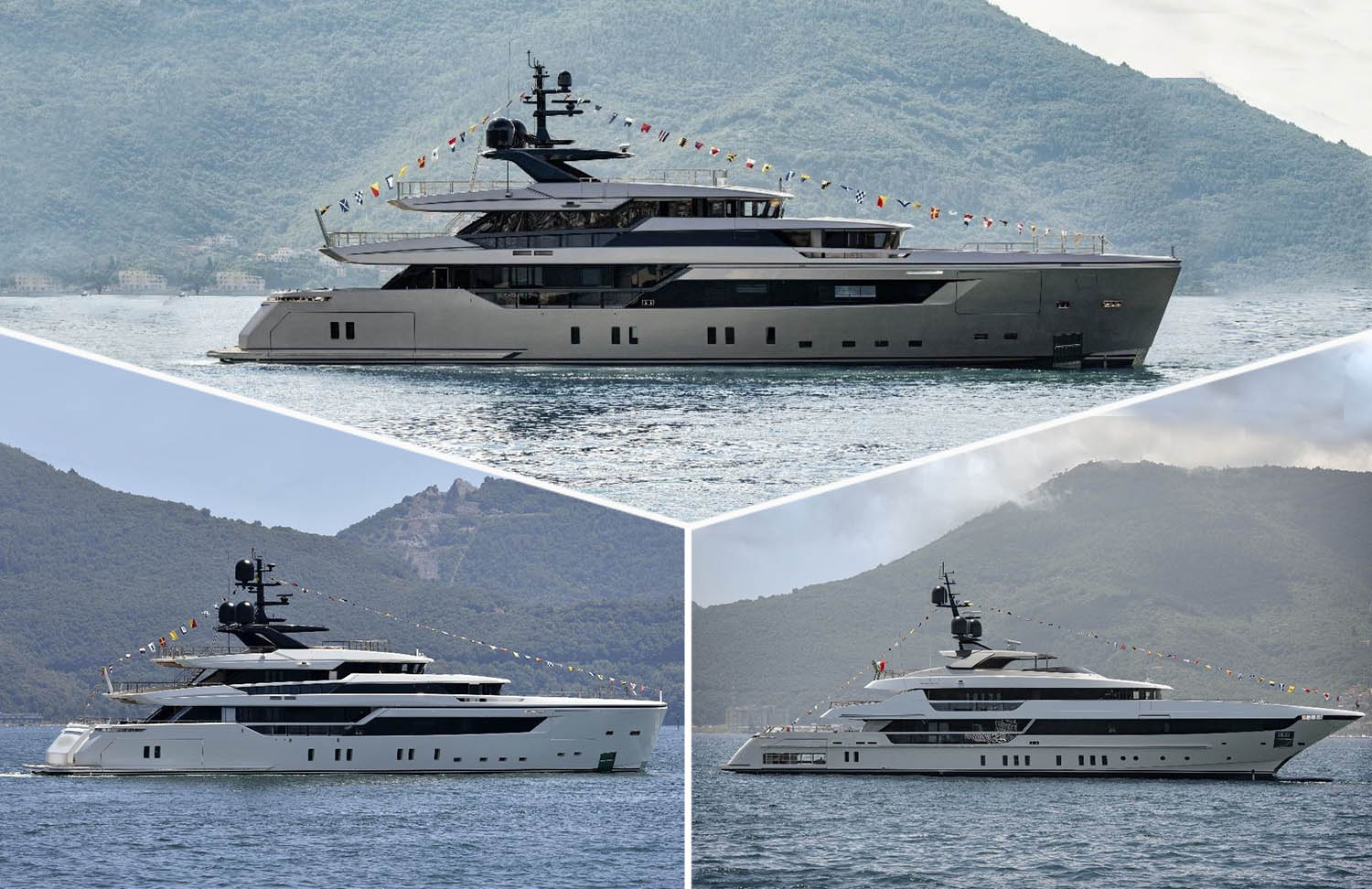 Three new launches for Sanlorenzo Superyacht which, in just 15 days, has launched the fourth and fifth units of the ALLOY and the sixth unit of the 52Steel at the La Spezia shipyard. 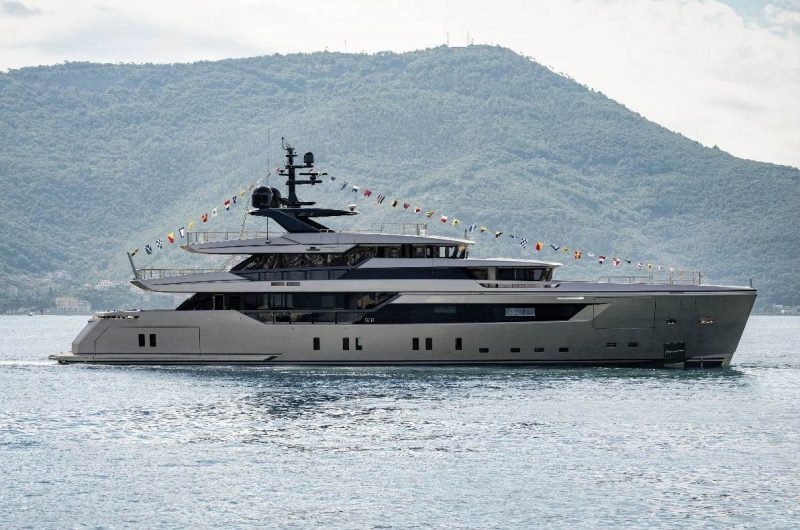 An unstoppable march that confirms the shipyard as one of the world’s leading players in the metal sector, thanks to its extremely high levels of customisation and unparalleled ability to anticipate market demands, daring to come up with unprecedented design solutions that set new standards.

A fast-displacement model measuring 44.5 metres in length, with three decks and a tonnage of 490 GRT, built entirely in aluminium, the Sanlorenzo superyacht ALLOY is the synthesis of typological research undertaken over the years by Sanlorenzo in its quest to offer owners and those who will be on board the opportunity to explore new locations and new horizons. 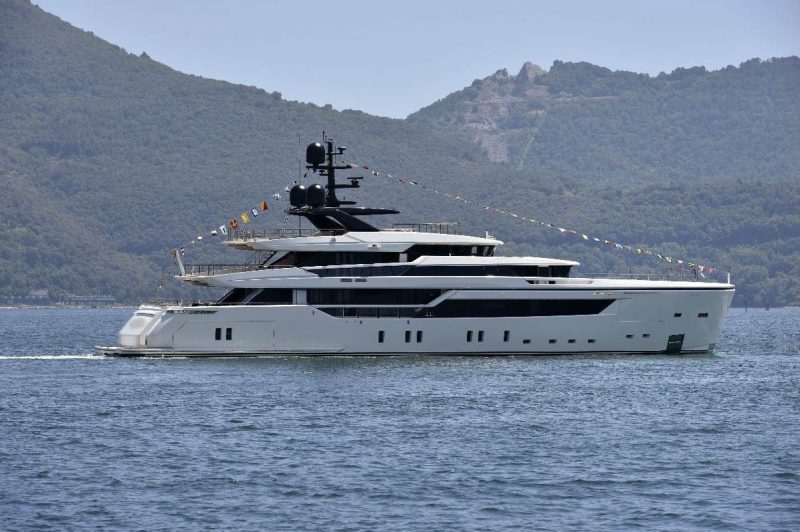 The emblem of this approach and the conceptual fulcrum of the project is the owner’s cabin, conceived as a private apartment of 147 square metres, divided into three interconnected levels, with an indoor and an outdoor area, a design never seen before on a superyacht of this size.

Located on the main deck, in the yacht’s wide body area, it consists of a 70-square-metre sleeping area with owner’s suite, walk-in wardrobe, bathroom and lobby, and a 66 square metre area on the upper deck divided between an indoor studio area and a large open area forward with sundeck, swimming pool and relaxation areas; a real furnished terrace overlooking the sea in the most private area of the yacht thanks to the “ziggurat” layout of the decks, which allows for total visual privacy.

A superyacht that opens up to the marine landscape, offering incredible spaces to enjoy both inside; such as the living area on the main deck, the relaxation/cinema area on the upper deck, four double cabins on the lower deck, but also, above all  outdoors: from the sun deck, with its 83 square metre exterior area offering multiple possibilities for open-air lunches, sunbathing, relaxation and socialising, to the large 102 square metre beach club consisting of a bar/gym area, a folding stern platform and two lateral ones. 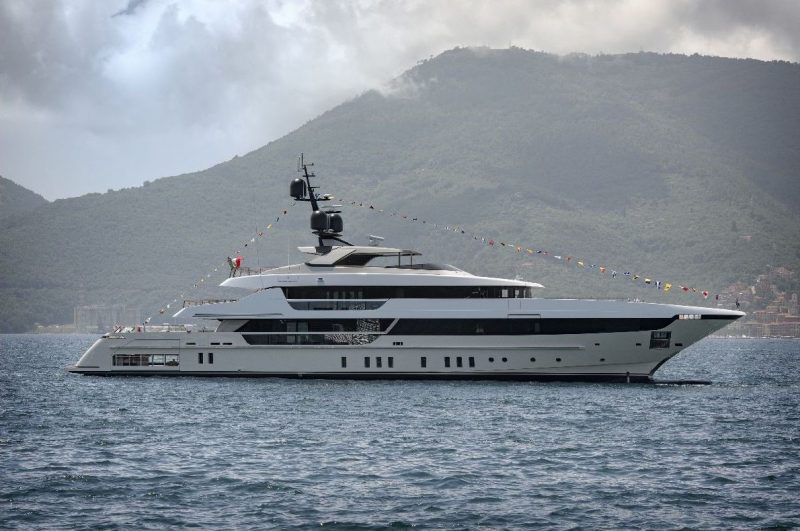 One of the flagship models in the superyacht fleet, the 52Steel features large interior and exterior volumes and design solutions normally found on much larger models, along with visionary technical innovations that have become the inspiration for the entire industry.

One of the revolutionary elements of the 52Steel, which has enabled it to win numerous important awards, is the entire aft area: the swimming pool with its transparent bottom, on the main deck, allows the passage of light into the environment below, a large floodable garage area convertible into a beach area that can be extended thanks to the folding terraces, creating a surreal effect.

Elegant and majestic, the 52Steel is also distinguished by its large glass surfaces which, as well as flooding the interior with natural light, reinforce the connection with the sea by opening the yacht up to the outside world.

To discover these Sanlorenzo superyacht and discuss your own Sanlorenzo yacht in Asia, created especially for you and your needs, please contact our dedicated team at sanlorenzo@simpsonmarine.com