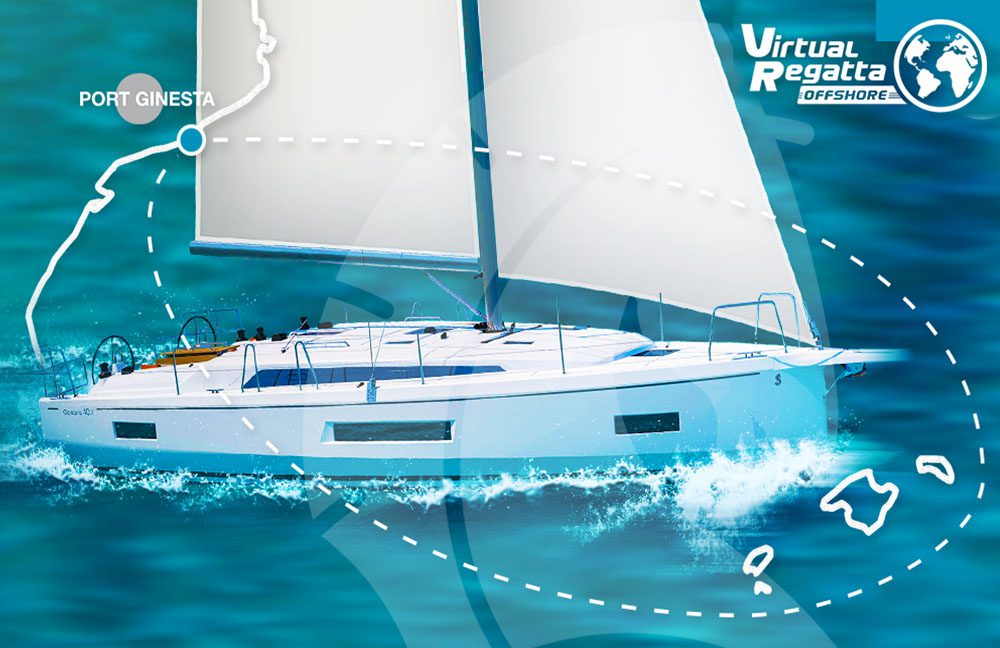 Beneteau has recently successfully launched a virtual version of their renowned Beneteau Cup. This unique event started on 21 May at 12pm UTC. More than 35,000 participants took the helm of the new Beneteau Oceanis 40.1 in a 500nm virtual loop around the Baelearic Islands, with the start and finish at the Beneteau sea trial base in Port Ginesta, Spain.

This Beneteau Virtual Regatta is a free online strategic game format that is very well received by sailing enthusiasts during races such as the Route du Rhum and Vendee Globe. Enthusiastic sailors got to enjoy plotting the best course according to weather systems and getting the most out of the boat’s performance, sharing their passion for sailing in a virtual setting.

This version of the Beneteau Cup was open to the public and the entire Virtual Regatta community of over 500,000 members. It represented an exciting opportunity to race on board the Beneteau Oceanis 40.1, the latest boat in the Oceanis Line. With an innovative flared hull design and steps extending over a third of the bow, sailors can take advantage of the potential speed below the waterline and stiffness under sail as they race. Beneteau Oceanis 40.1 is also equipped with the First Line pack. This new generation cruiser, designed by Marc Lombard, will win over even the most demanding sailors who find her high performance setup a joy to sail (both in real life and virtually!).

This Beneteau Virtual Regatta offers Beneteau owners a chance to feel connected with sea and review their sailing strategy, even though their boats are currently moored. up In this Regatta, Beneteau owners were able to compete with each other in a specific Beneteau Owners Ranking, using a code provided by their dealers. On top of that, the event marked a rare opportunity for the Beneteau network to come together to race with dealers from many different countries under the Beneteau Network category.

Specially for this occasion, Beneteau offered to winners three stand-up paddle (SUP) boards as a prize for top performers in the regatta including 1 SUP for the overall Beneteau Cup winner of the race, 1 SUP in a draw from the first 1,000 boats to finish, and 1 SUP in a draw from the first 30 contenders in the Beneteau Owners group. This friendly regatta welcomed everyone including the general public, owners, dealers and Beneteau employees.

Congratulations to the Danish skipper KALLEMANS for winning the race in 3 days 8 hours 44 minutes and 47 seconds on his Oceanis 40.1.

Register your interest for the NEXT edition (TBC) with us at beneteau@simpsonmarine.com.

Beneteau Virtual Regatta
Share This
Previous
Back to all news
Next