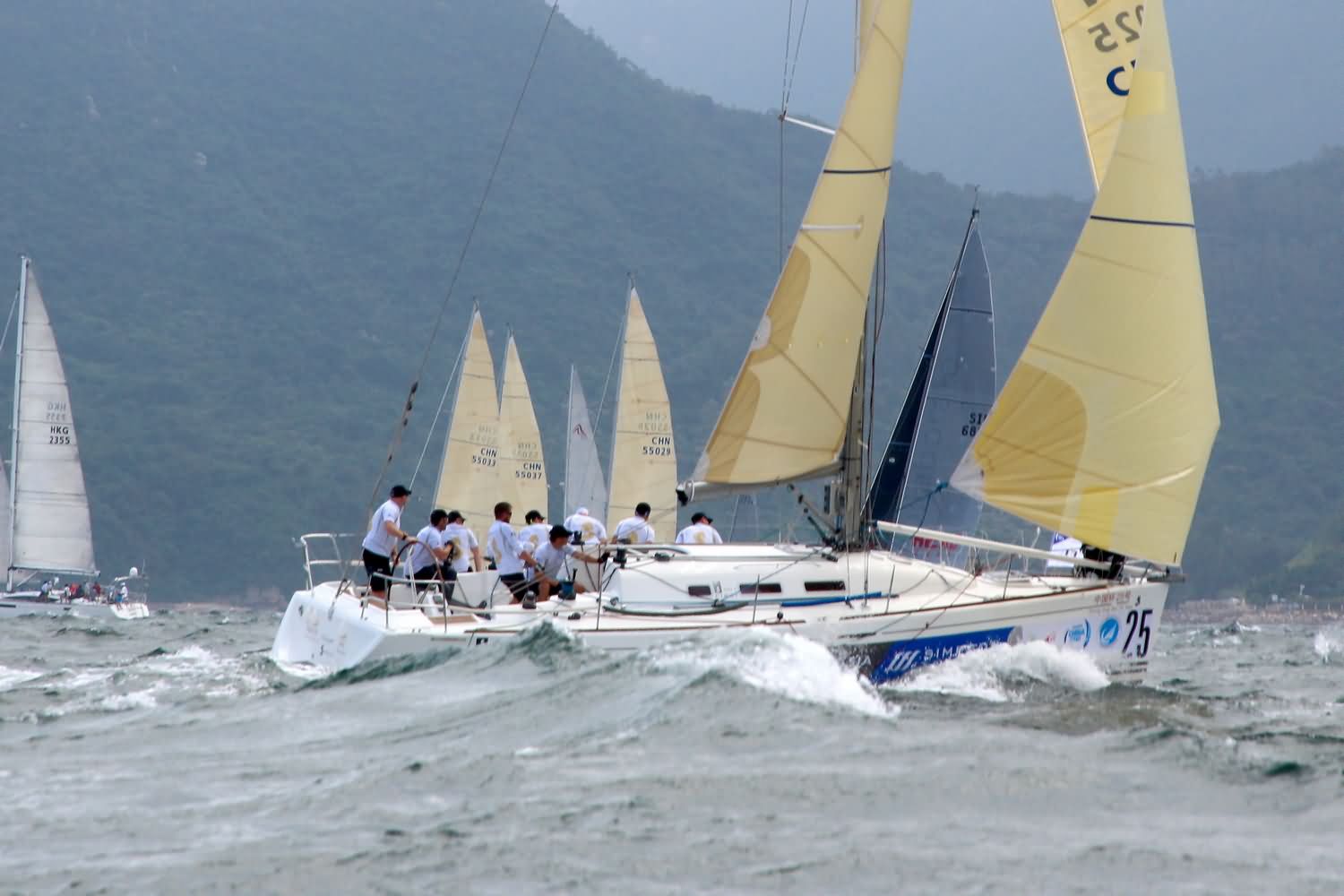 Grand celebrations at the 10th edition of China Cup

This year the China Cup was a grand event indeed! Alongside some 138 boats competing in seven distinct classes, the organisers held many lively events, award ceremonies, gala dinners and crew gatherings. As a part of the four-day regatta, over 30 international teams celebrated sailing and fierce competition at this important Asian racing event.

A Beneteau Asia – Simpson Marine crew competed in the Beneteau First 40.7 class with our Sales Director, Richard Allen as captain. We enjoyed racing against 27 different teams in the First 40.7 class, and were delighted to have a boat from Beneteau Americas competing as well.

Simpson Marine received the Outstanding Supporting Company Award, received by Mike Simpson who during his speech congratulated CCIR for their continuous growth and dedicated support of sailing in China. Since the regatta’s first year, Simpson Marine has assisted China Cup with the initial delivery of 40 Beneteau boats for the one design class, and with servicing the racing fleet during and after the regatta. For nine years we have also fielded our own crew to race in the regatta and next year we will be there too!

On the penultimate evening of the regatta, we enjoyed a Beneteau Owners’ Night where owners and teams gathered together for a friendly drink and to exchange sailing experiences. This sailing camaraderie is what we want to see in China, as a true passion for sailing grows and gains more attention.

A fantastic year for all of us and we are looking forward to supporting the China Cup for many more years. New exciting projects are setting sail, please stay tuned for future announcements!

If you want to join our Asian sailing community, please contact us at beneteau@simpsonmarine.com

First Double Handed Challenge in Hong Kong A Huge Success With 23 Yachts On The Water!