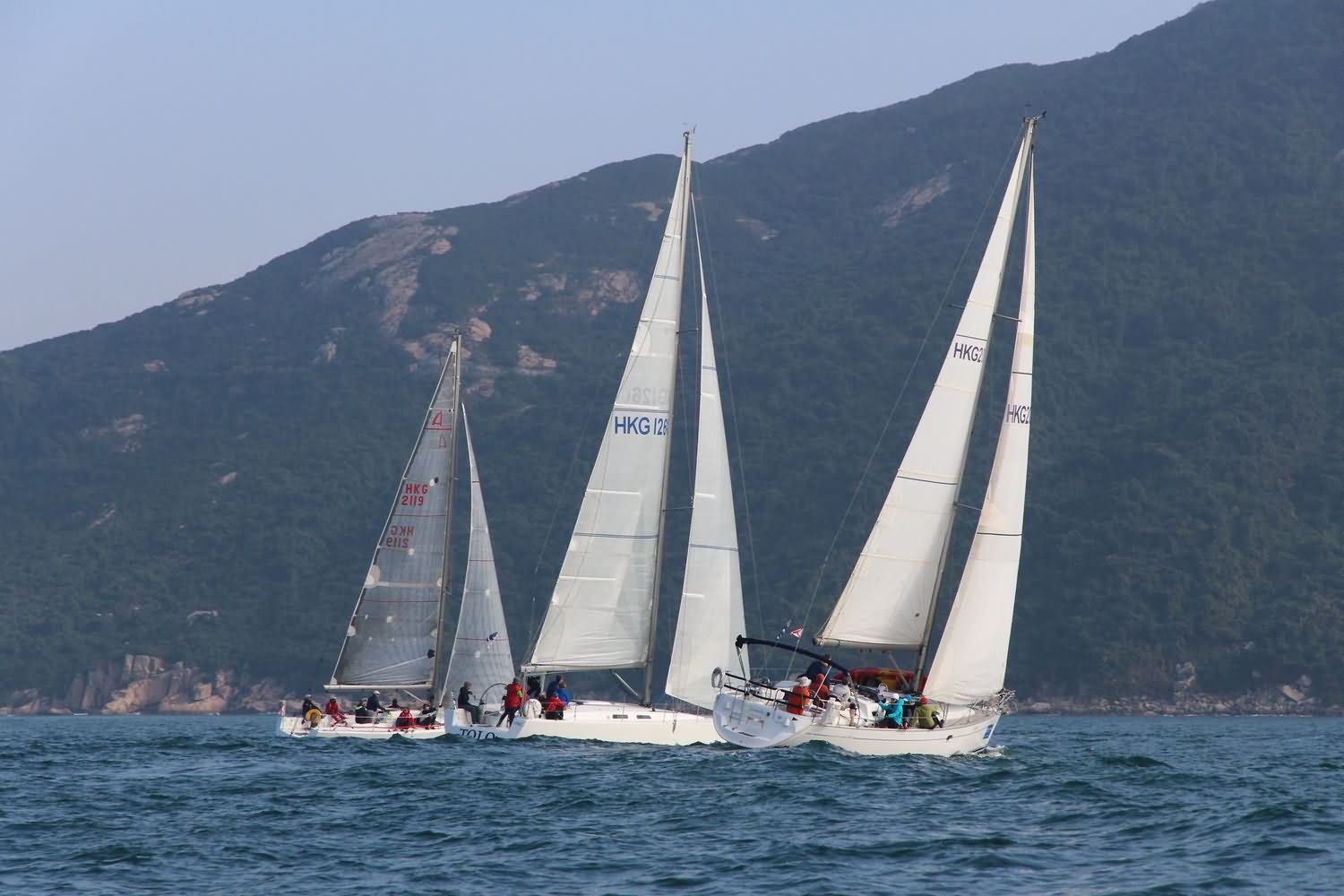 The 33nd edition of Hong Kong’s most iconic regatta, the Beneteau Four Peaks Race supported by Simpson Marine took place on a weekend of 21-22 January and was a delight to every racer thanks to a beautiful sunny skies and a good breeze for most of the competition.

This annual overnight multisport race has been organized by the Aberdeen Boat Club since 1985 and is the second of its kind in the world. There are still only four others. Three are in Britain, including the original 1977 Three Peaks Race, and the other one is in Australia. The Hong Kong race is tailor-made for hard working, hard playing Hong Kong. The 170 kilometres on the water, 30 kilometres running and 2,350m of climbing are completed within a gruelling day and night effort.

The Four Peaks Race is about top performance. With the average boat taking 24 hours to complete the race last year, the event requires landings by transfer craft/kayak or swimming, speed and strategy on land over rough terrain up to the four selected hills, and fine seamanship and sailing skills on the water. Tactics, practice and stamina play a big part, while competitors come back again and again for both the excitement and the camaraderie. This unique sporting challenge is considered one of the most testing competitions in the region. It requires the highest levels of fitness and seamanship from the competitors and the best of race stewarding and safety management from the organisers.

This year 21 boats with total of 172 participants have entered the race with three Beneteau sail boats attending: Sense 50, Sense 47 and First 37.1. The Sense 50 SEA MONKEY crew included Simpson Marine broker, David Walder, one of the finest sailors in the company. Besides the owner himself and some great sailors and runners, the SEA MONKEY crew also included Beneteau Asia’s Thibaut de Montvalon as part of the sailing team and in charge of the evening meals as well. The youngest Four Peaks sailor was 16 while the most experienced one was aged 71. Female participants accounted for 19 in total, and we hope to see this number growing in the coming years.

“We are very pleased with the results of the 2017 Beneteau Four Peaks race. With a growing number of boats on the start line, and therefore more sailors and runners, we see that this unique event is becoming more popular in Hong Kong. We hope to be able to keep this momentum going and expend the fame of the Four Peaks Race throughout the region. I personally was thrilled to experience the race, sailing on board the Beneteau Sense 50 Sea Monkey. The values shared amongst participants – passion, teamwork, fun, endurance, adventure – match perfectly with the core value we have at Beneteau and the boats we build for our customers. I look forward to next year’s race!”  said Thibaut after the race.

The award ceremony took place on 26th January in ABC and counted over a hundred of joyful attendees celebrating their adventure together. SEA MONKEY came second in A Category and were happy to receive their award.

The teams celebrated over drinks and canapés while watching movies from the 2017 edition including tactic studies, running, paddling, sailing and…sleeping! It was a fun night and we are looking forward to see this repeated next year, with more boats on the water and runners in the hills, so share you’re your friends and bring them over to participate!

Four Peaks Race
Share This
Previous
Back to all news
Next