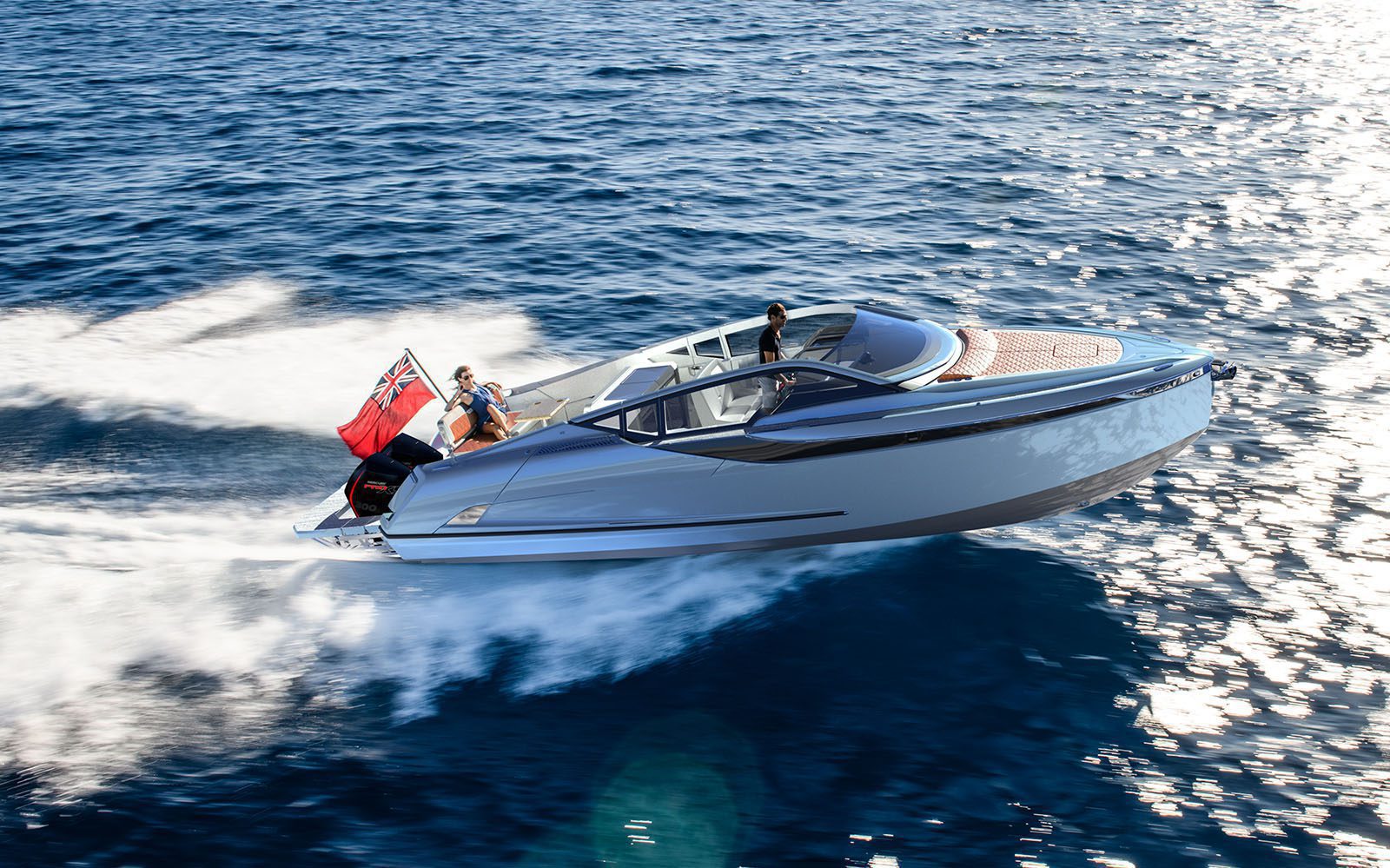 Drawing on the outstanding success of the F//LINE 33, the new outboard version has been designed with award-winning yacht designer, Alberto Mancini, ensuring the popular dayboat offers the same sleek profile and sporty performance, at an impressive price point: starting from £272,150 (excluding taxes). 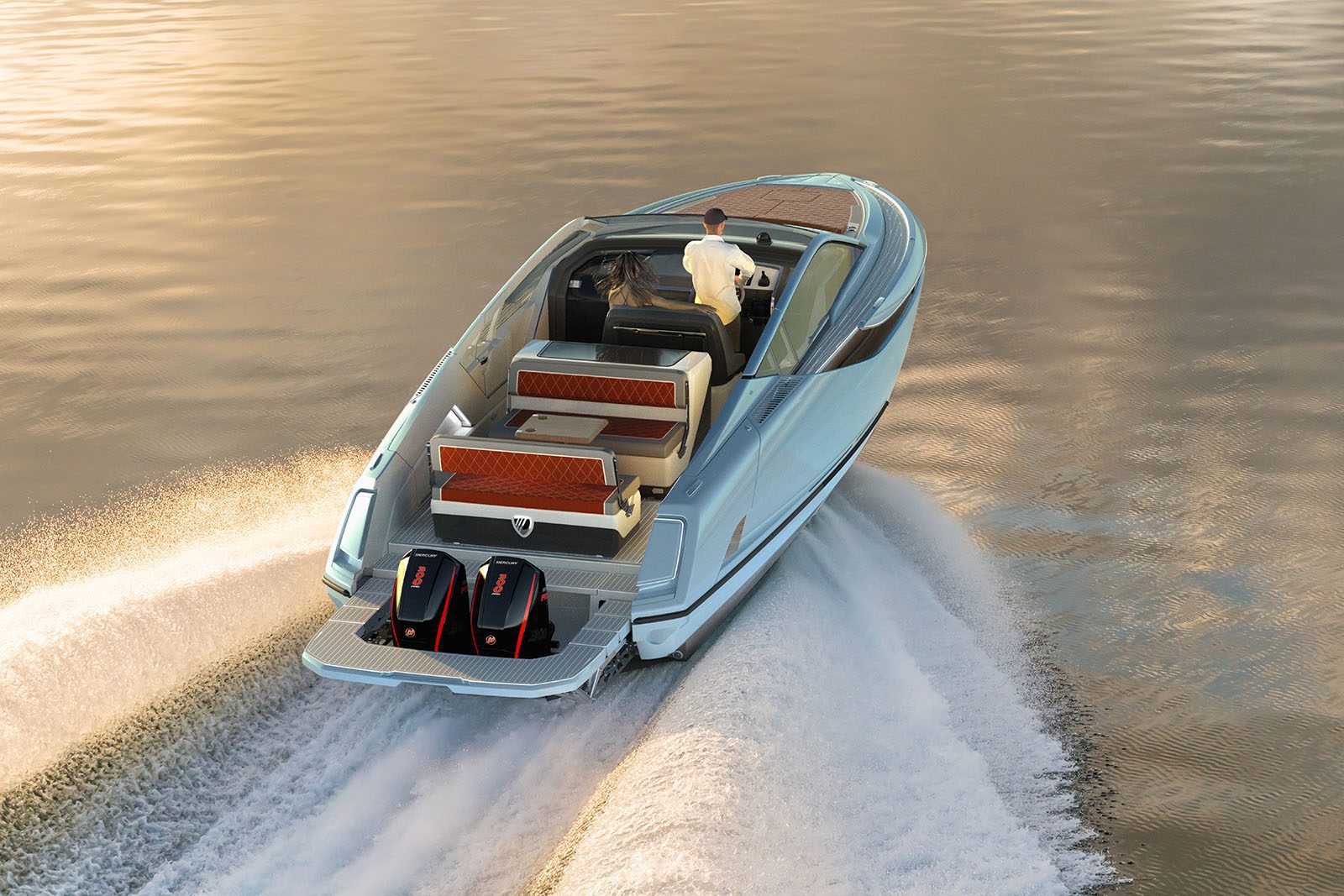 Incorporating the new ‘Ascender’ bathing platform from H+B Technic to maximise space, functionality and enhance the connection to the water, this innovative high/low platform surrounds the outboard engines, lowers to form steps to the water when submerged, or raises to act as a parallel, in turn allowing the propellers to be raised clear of the water.

Making waves in the market, this new dayboat boasts twin helm seats, multi-function steering wheel, two double berths, cockpit seating that converts to a large sun bed and plentiful refrigeration both on and below deck.

Wayne Huntley, Design and Engineering Director at Fairline Yachts, comments, “The launch of our F//LINE 33 Outboard is a pivotal point in Fairline’s history – being the first model in recent times with outboard engines. This exciting new addition to the F//LINE range provides a unique opportunity for us to enter new markets and introduce new clients to the Fairline lifestyle, as we continue to expand our global customer base. We look forward to further developing on the incredible success of our new F//LINE brand.” 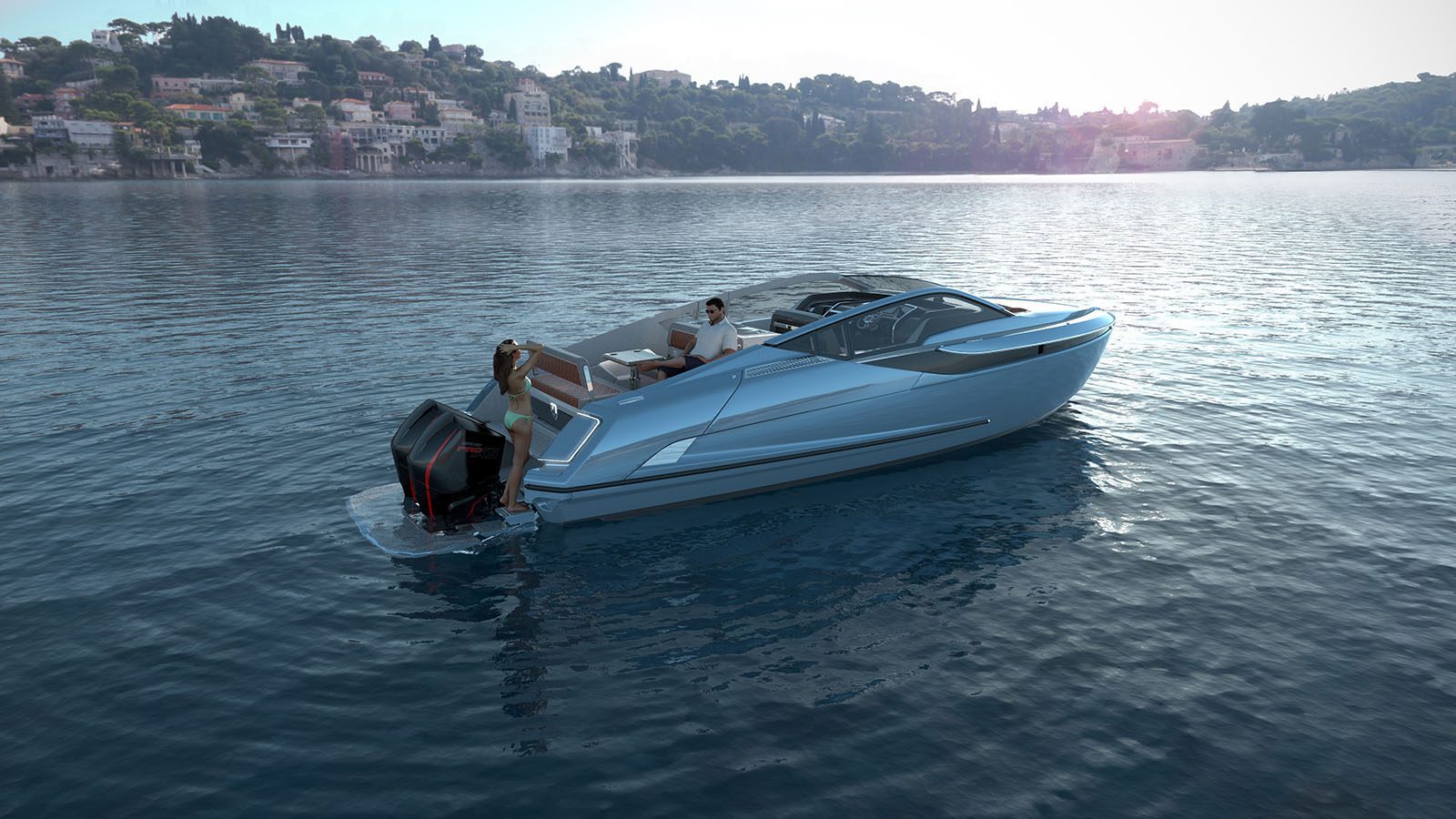 Since its launch in August 2019, the F//Line 33 has already secured orders from every major boating destination and is one of five boats to be shortlisted for the under 10m category in the prestigious European Powerboat of the Year Award 2020 – which will be announced tonight (18 January 2020), at Dusseldorf Boat Show – as well as being shortlisted in the 2020 Motor Boat of the Year Awards in the “Superboats” category, which will be announced on 21 January.