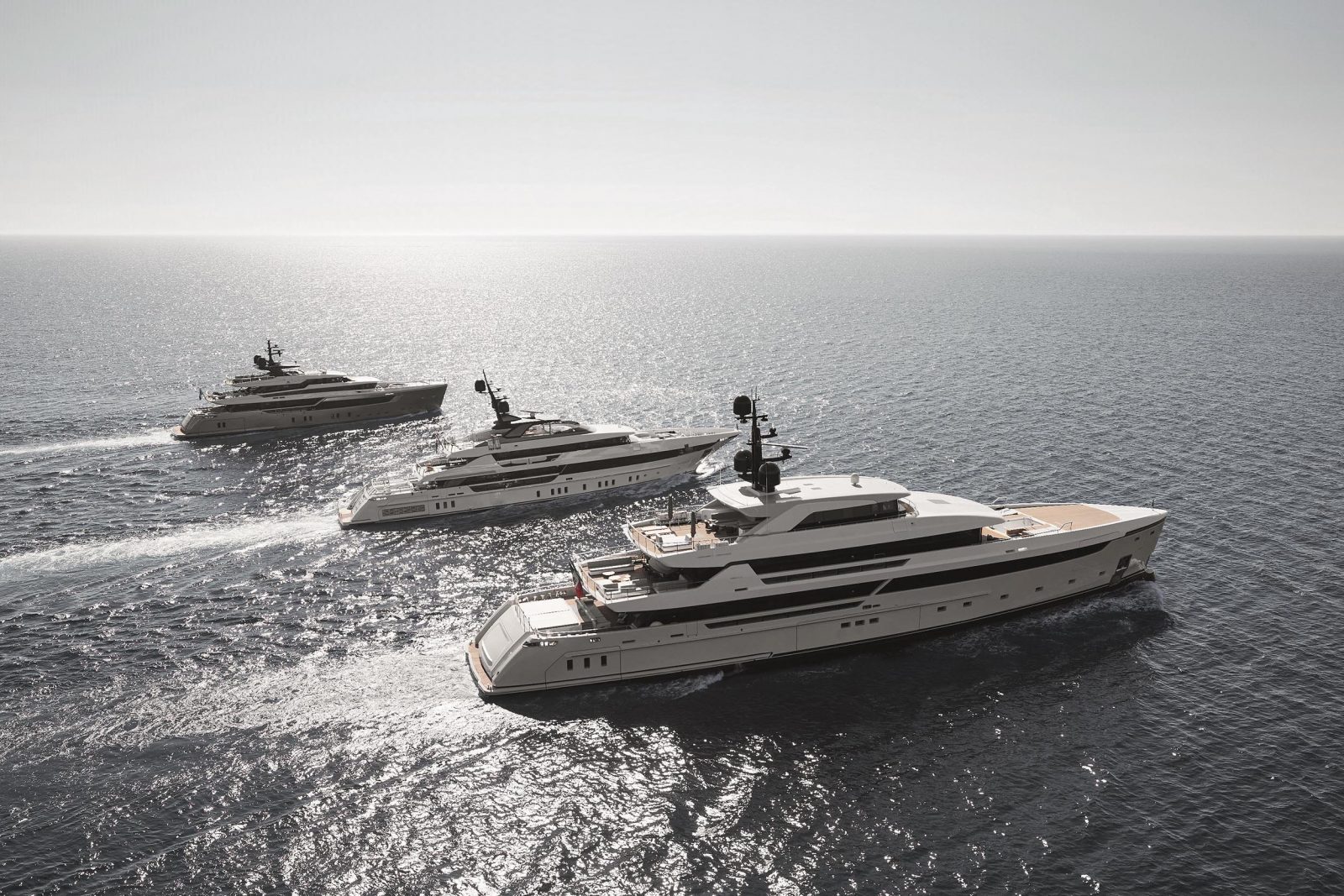 Sanlorenzo has reached an important new milestone within its Superyacht Division and has signed the contract for the manufacturing of the largest superyacht ever to be built by the shipyard, the Sanlorenzo 72Steel superyacht. In a year that has been characterised by outstanding commercial satisfaction and excellent financial performance, this news is the icing on the cake for Sanlorenzo’s 2021. This exceptional new project is scheduled to be delivered in Spring 2025.

The sale of this new superyacht, which coincides with the sale of further two units of the 62Steel line, crowns a record-breaking year for Sanlorenzo’s Superyacht Division which is proud to have already received 15 orders to date in 2021. This year also saw a significant increase in production activity, with six superyachts delivered and six units recently launched.

Since 2007, the year when the first metal superyacht was delivered by Sanlorenzo, there have been 39 superyachts in navigation, in addition to the 21 vessels currently under construction and set to be delivered in the next four years. This totals an impressive 60 units, consolidating shipyard’s prestige on the world superyacht scene.

“The results of 2021 have so far been excellent, in particular for the significant growth in the backlog, which allows us to have an extensive visibility on future growth,” commented Ferruccio Rossi, President of Sanlorenzo’s Superyacht Division. “This is a success that has two main drivers: the Group’s strategy and business model and a great commercial performance, with people and teams that in this 2021 have really made the difference in the international yachting sector. We have been positively impressed by the response we have had at all the boat shows, starting with Cannes, then confirmed by an outstanding Monaco Yacht Show, both of which have been very useful occasions for presenting our new models, consolidating relationships with our clients and initiating new ones. The pride of having signed the contract for our first 72Steel, the largest Sanlorenzo ever to be built, and which will be in the water in 2025, is the crowning achievement of an unparalleled year.”

“The 72Steel is aiming to become one of the new protagonists of the Sanlorenzo range, thanks also to its hybrid diesel-electric engine system, which confirms Sanlorenzo’s increasing attention to the future, constantly studying concrete solutions to reduce the impact of its yachts on the marine ecosystem. The hybrid diesel-electric engine system represents a combination of innovative solutions which make it possible to significantly reduce emissions into the atmosphere and the sea, and ensure high levels of comfort and rationalise the spaces dedicated to the engine area in favour of the internal volume available for owners and guests, thus presenting itself as a new paradigm for superyachts of this size” stated Antonio Santella, New Product Development Director of Sanlorenzo’s Superyacht Division.

With its sustainability credentials, 72 metres of length, five decks and a volume of 1850 GT, the 72Steel will be a completely new project with respect to its predecessors, while still sharing the immediately recognisable style of Sanlorenzo, of which it will soon become the new flagship.

Over time, Sanlorenzo’s superyacht models have become iconic thanks to their unmistakable design, which combines a purity of line with balanced proportions, and above all the innovations that each of them has introduced. These fundamental aspects are destined to meet once again in the 72Steel to give life to a unique product that is perfectly tailored to the owner’s requirements.

Like every new creation of the Sanlorenzo Superyacht Division, the 72Steel will be characterised by unexpected solutions, the result of a 360 degrees study around the concept of liveability on board. From the conception of the steel hull, with an aluminium superstructure, which has been conceived and forged like a work of art, to the design of the interiors, customised in every smallest detail to adhere perfectly to the client’s every desire, this is a truly stand out yacht.

Interpreting the external lines of the 72Steel will be Studio Zuccon International Project, which has already created several prestigious projects for Sanlorenzo, while the interiors will be furnished to meet the owner’s specific requirements. The owner’s cabin will have a dedicated deck – the Owner’s deck – above the Bridge deck and will occupy an entire deck of the yacht. The Main deck will be the area reserved for guests with lounge areas and five spacious cabins. One of the model’s special features will be an extensive wellness area to ensure relaxation for all guests on board.

“We are very proud to work alongside Sanlorenzo for the research and design of such an important vessel which, at 72 metres, will represent the flagship of the yard’s superyacht range, as well as being the largest steel and aluminium boat ever built by the shipyard,” comments Bernardo Zuccon of Zuccon International Project. “The 72Steel is a fascinating project and an important milestone, which we expect will not be a point of arrival but a further step of growth. With my team we have designed the external lines with the precise intention of keeping the DNA of Sanlorenzo visible. This is an identity that is increasingly appreciated in a notoriously heterogeneous and multicultural market.

As far as the exterior design is concerned, we have focused on a clean, timeless language, in which interior and exterior dialogue is intelligent and functional, thanks also to the extensive use of glass surfaces. The signs that characterise the language are harmonious, the pencil has moved naturally without forcing or ostentation. It is a well-balanced yacht, the result of a long process of study, in-depth analysis, and research, and that thorough attention to detail has allowed us to achieve a perfect stylistic balance within a large vessel of life.”

The Sanlorenzo Superyacht Division’s performance in the first nine months 2021 is impressive – on 4 November Sanlorenzo, which is listed on Euronext STAR Milan, approved the consolidated results for the year as at 30 September 2021. The Superyacht Division generated Net Revenues New Yachts of €133.2 million, equal to 31.1% of the total work, up by 33.5% compared to the first nine months of 2020. This success has been particularly driven by the Steel line and the new X-Space range, which was extremely well received even before its launch.

Sanlorenzo Asia remains at your disposal to discuss your own Sanlorenzo superyacht projects at sanlorenzo@simpsonmarine.com

72STEEL Superyacht Sanlorenzo
Share This
Previous
Back to all news
Next