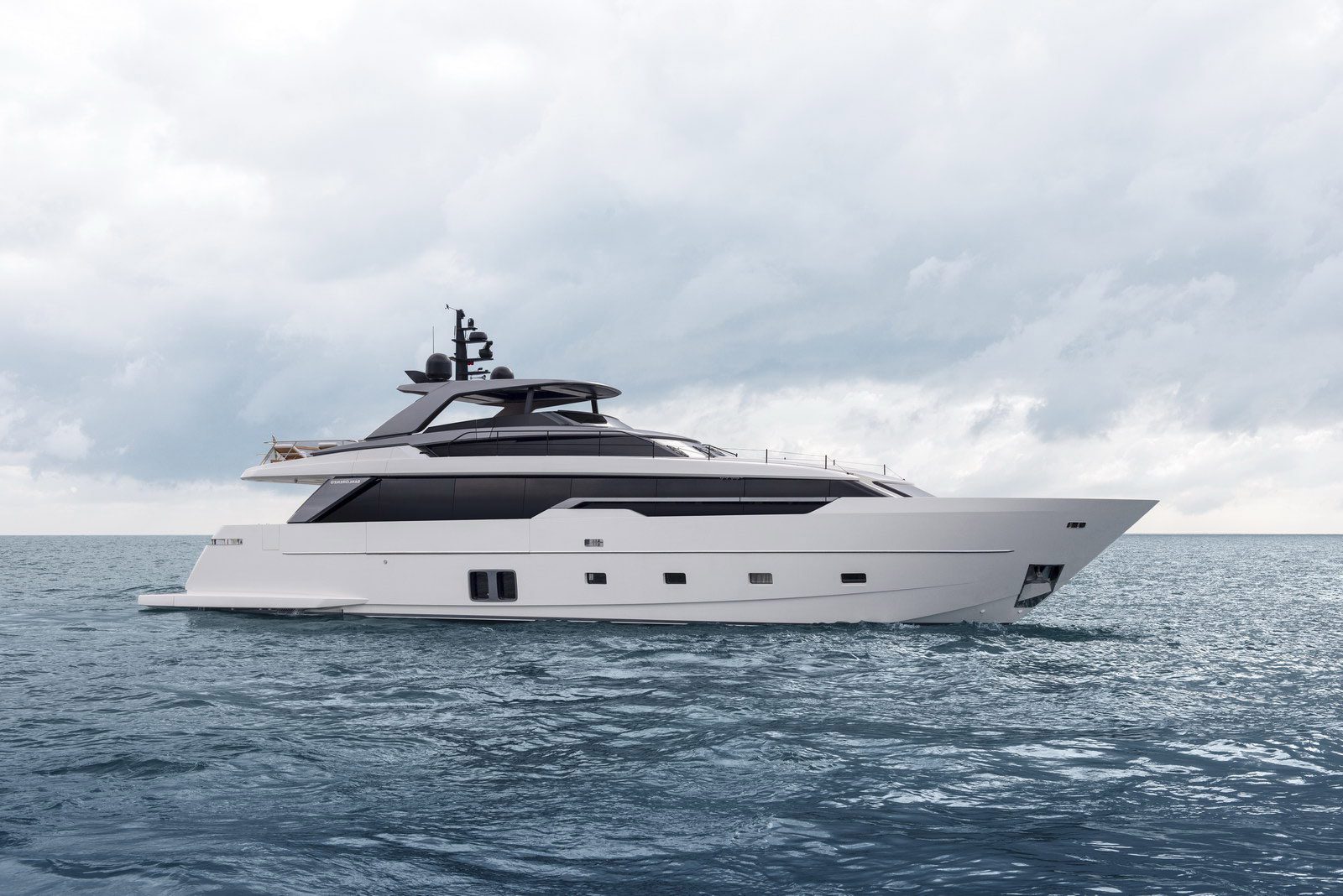 Among the world’s leading producers of yachts and superyachts, Sanlorenzo presents an innovative and bold project, which once again demonstrates its ability to go beyond the limits posed by nautical design and to undertake new directions, thanks to a unique combination of technology and craftsmanship and a precise design concept: the SL96 Asymmetric yacht, worthy successor of the first yacht of this series, the SL102 Asymmetric.

With the aim of making more use of the interior spaces and having better communication with the outside world, SL96Asymmetric rethinks the canonical layout of a yacht, retaining only the side decks on the starboard side and eliminating the portside one, which is carried on the roof of the superstructure, allowing 10sqm of surface space to be recovered to the benefit of the interiors, through this asymmetric configuration. Something which has never been tried before.

While on the starboard side there is a gangway that leads from the aft cockpit to the bow living area unhindered, along which the bulwark at the saloon opens to form a terrace, (a solution that Sanlorenzo first applied on the 40Alloy superyacht in the now distant 2008), the left side instead looks like that of a wide body hull: the side is in fact continuous from the waterline to the flying bridge via the gangway, located on the roof of the superstructure flanks the flying bridge at the same level, allowing descent to the dinette area and bow sundeck via a ladder. Remaining on the left side, at the level of the dining area, a part of the wall is lowered electrically, thus increasing external panoramic visibility.

The innovative layout, however, reveals itself only with a closer look: the asymmetry of the SL96A is in fact concealed both in the clever design of the sides, which both show the same symbols, and in the very clever game of masking the high side walkways left protected by a handrail that is also found on the right side , designed to define and enclose the sunbathing area located on the roof of the superstructure at the bow of the covered wheelhouse, a concept known as a Raised Pilot House.

The two access passages to the bow, the one on the left higher and the lower starboard, have also been symmetrized, in the asymmetry, with a game of light and dark of the windows on the bow and of the roof of the superstructure that calls on the beholder to look carefully if they wish to make sense of volumes, passages and movement.

“Each project is always brought to life by the sharing of an idea that is a synthesis between the sensitivity of the designer and the wishes of the client. In this case the input was clear, to continue the design process started with the SL102Asymmetric, with the aim being to retain the styles and symbology that characterized the first product, reworking them and shaping them to give this new model its own identity. We have therefore worked on the details, on the identification of a symbol that can induce the eye to seek out and find those significant differences that make the product distinguishable within the range.” Bernardo Zuccon.

SL96 Asymmetric is a synthesis of ideas, places and functions, a container of life that can transform and readjust to different dimensions and ergonomics by changing the flow on-board, to offer new ways to exploit the spaces in everyday life at no loss to the owner, and maintaining symbols and stylistic communication to make it a living and integral part of Sanlorenzo‘s brand identity.