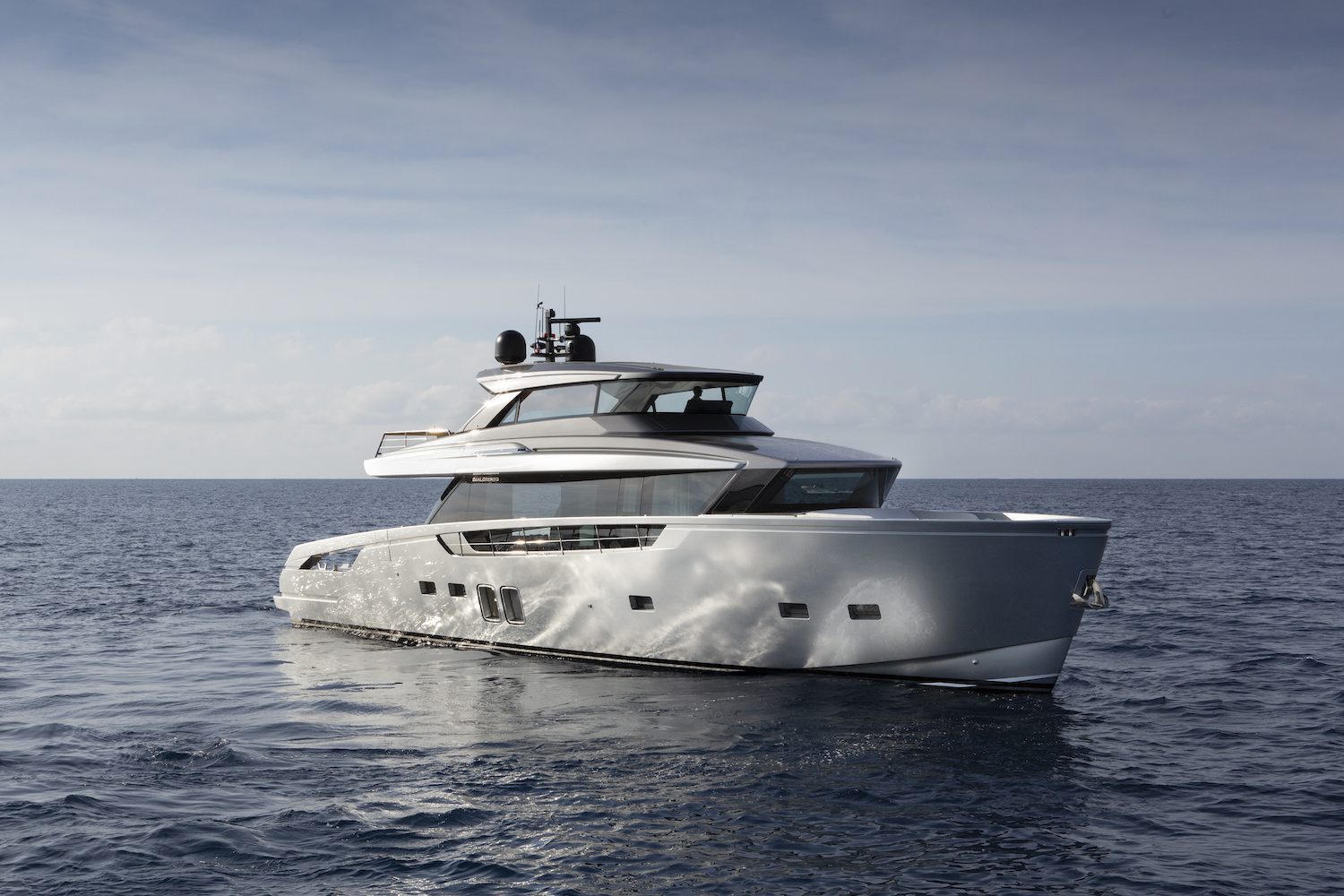 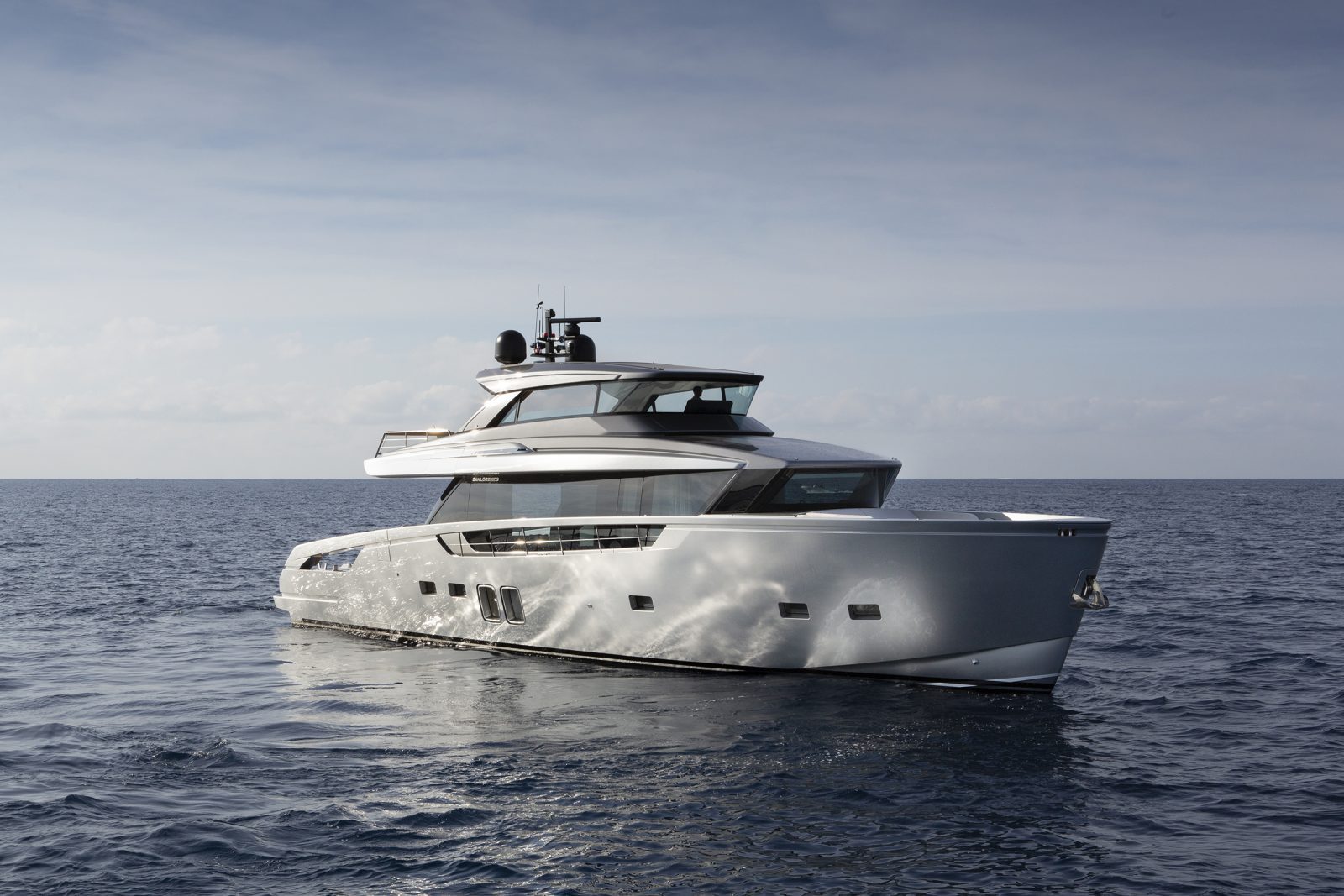 First revealed in May 2018, Sanlorenzo’s SX76 crossover yacht is the much-anticipated follow up to their hugely popular SX88 design and the second model in the yard’s SX line. Just like the SX88, the SX76 has been designed as a social boat that maximises all on-board spaces, providing a refreshingly spacious yacht for her length. Designed by Studio Zuccon International with an interior by Piero Lissoni the SX76 is a unique crossover between traditional classic flybridge yachts and explorer yachts, all packaged into Sanlorenzo’s distinctive look

The SX line has been designed with family life and a younger generation of users in mind and the SX76 fits this ethos beautifully. Large open spaces and large windows ensure a light, open design that brings the outside in. “The SX76 is a splendid interpretation of the relationship between man and the sea,” says Bernardo Zuccon of Zuccon International. Like every Sanlorenzo design, the SX76 combines form and function, ensuring a striking yacht built to the highest standards but without any compromise on performance.

The clever layout, with the wheelhouse on the flybridge, frees up valuable space on the main deck allowing for a dining room forward, or alternatively the creation of a single continuous living space on the main deck. The main saloon is a social hub, with seating, dining, an entertainment system and an open kitchen located adjacent to the main saloon. Furnishings are placed freely, as in a house, and if desired owners can put their stamp on the design by customising furnishing choices and furniture layouts. The SX76’s modern interior décor exemplifies Lissoni’s signature clean and elegant style, pairing soft and neutral colours with natural light to create a warm and welcoming environment.

Accommodation is all located on the lower deck and counts the large master suite at the yacht’s centre, a VIP in the bow, a twin guest cabin and crew cabin. A stand out interior design feature is the picturesque staircase developed especially by Lissoni for the SX76, which is a striking flowing form that seamlessly connects the lower accommodation deck, main deck and flybridge.

The yacht has a versatile design to suit all styles of living, with convertible spaces including the flybridge which can be converted thanks to use of Strataglass panels that can enclose the entire stern area of the bridge to create a protected space. Exterior spaces are perfect for enjoying life on the water, with multiple spots for guests to choose from and despite its smaller size the SX76 retains the SX88’s popular 18sqm beach club, which is the ultimate hub for on-water living and water sports.

Designed with sustainability in mind, the SX76 has eco-friendly features including LED lighting, sustainable leather, efficient hull and propulsion and thermal insulation. The yacht’s extremely seaworthy semi-displacement hull allows for smooth operations and speeds of up to 22 knots, cruising at 20 knots, powered by Volvo Penta engines.

Just like the SX88, which sold an incredible 13 units in the 18 months following the official launch of the design, the SX76 is set to be an extremely popular addition to the Sanlorenzo range. First hull in Asia has arrived in Hong Kong in early February 2019 and is available for viewings by appointment only. 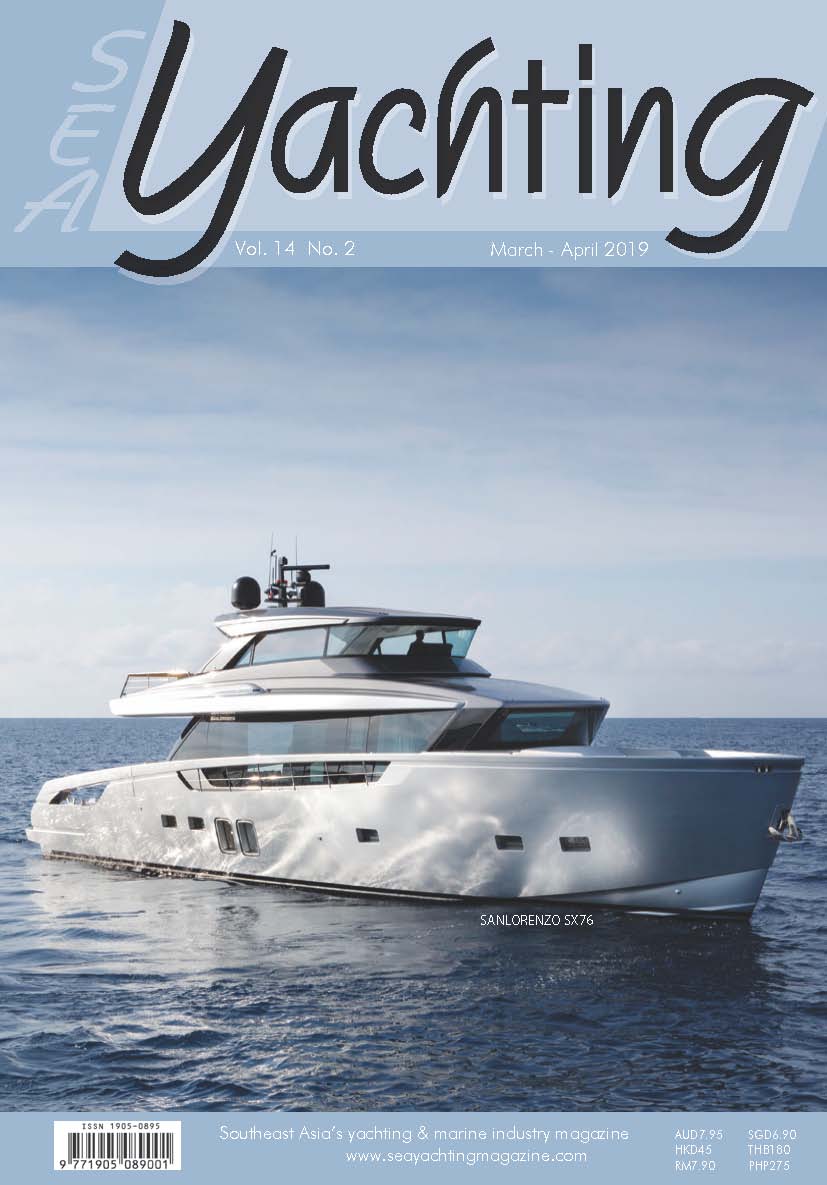