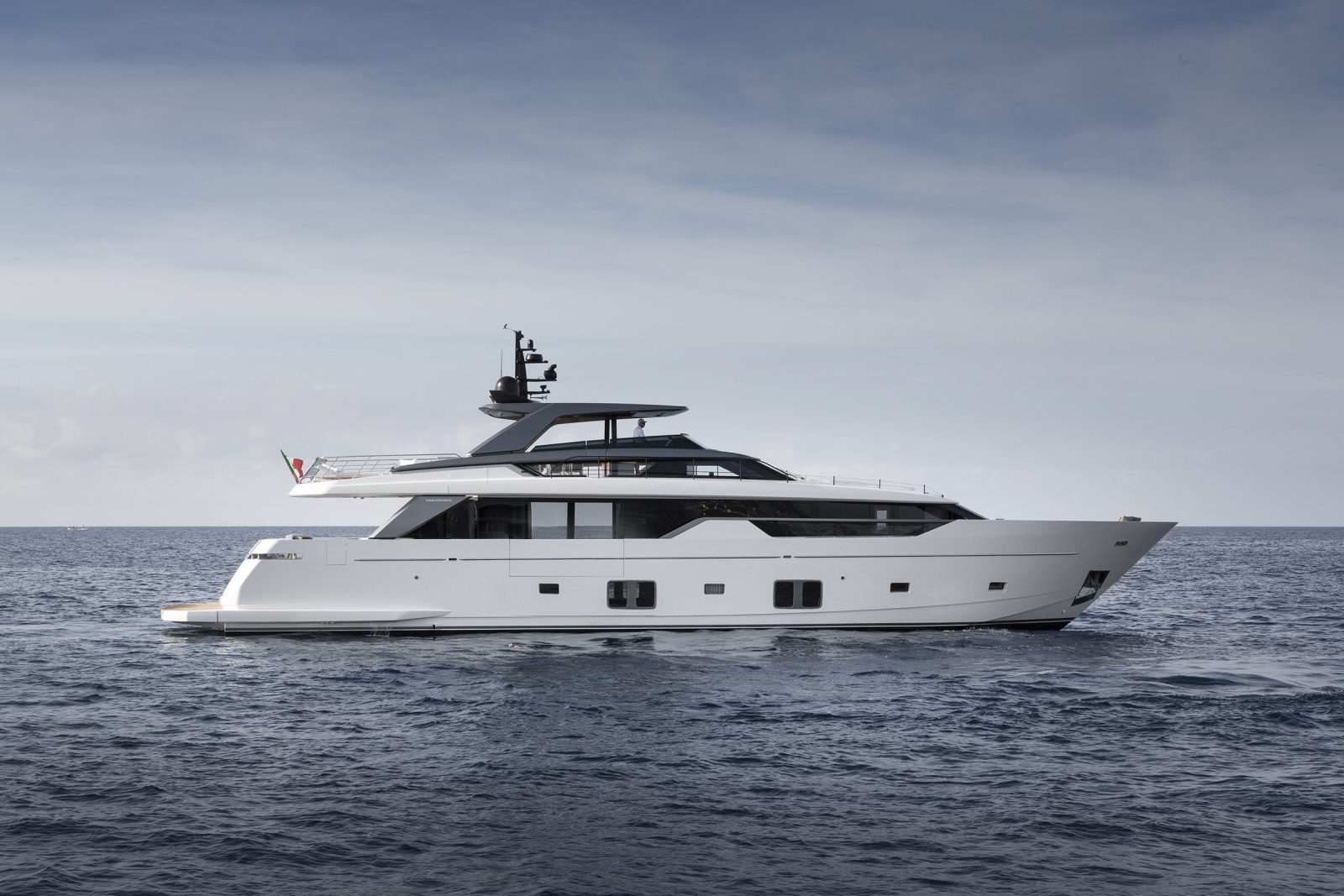 Italian superyacht builder Sanlorenzo is known for always pushing the boundaries of design and creating visionary yacht models to join its fleet and the 31.1m Sanlorenzo Asymmetric SL102, is no exception. This brand new design was presented to the market for the first time in May 2018 and has the distinction of being the first asymmetrical yacht in the world. The goal of this out-of-the-box design was to provide yacht guests with more usable areas on the main deck and provide better access between the interior and exterior.

The layout of the SL102 is the work of noted car designer Chris Bangle with the design developed by the team at Studio Zuccon International. At first glance the SL102 is a true Sanlorenzo design, with its signature streamlined and balanced profile, but when looking closer it becomes apparent that this design is unique – each side is different! One side deck is located on the starboard side with a wide body design to port, and this approach adds an additional 10sqm to the yacht’s already generous interior space. Added benefits of this layout include increased functionality for crew, with easy movement and safe operations around the yacht.

The wide body port side is home to the yacht’s main dining area, and also features a section of the bulwark that lowers electronically to create a spectacular dining space with enviable views. Floor to ceiling windows throughout the dining area only add to the overall effect. Meanwhile the starboard side is home to the main saloon, with a deploying balcony for yet more access to the outdoors. The wide layout allows for the master cabin to be positioned forward with an optional gate able to be deployed to separate the owner’s space, which includes an outdoor lounge space and optional collapsible balcony, from the rest of the deck and create complete privacy.

Various layouts are on offer for the SL102, including the ‘European layout’ with the owner’s suite at the bow of the main deck and four equal size guest cabins on the lower deck, or the ‘American layout’ with a large country kitchen in the forward main deck and the full beam owner’s suite in the centre of the lower deck, flanked by a VIP cabin and two twins. Accommodation is for 12 with each guest cabin beautifully styled, with generous spaces and en suites.

Exterior spaces are plentiful over all decks with several different spaces for relaxing, enjoying al fresco meals and sunbathing. Guests can enjoy speeds of around 28 knots, cruising at 26 knots, with a choice of MTU engine models on offer to owners.

Thanks to her large amounts of space for her size, and ambitious design that connects indoors and outdoors seamlessly, the SL102 has already proved itself as another success story for Sanlorenzo with several units already sold including to Asia.